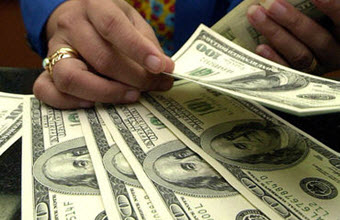 London, 3 May – The extent of Iran’s crisis-ridden economy was further reveal this week. Government officials announced via state media that thousands of factories, plants and other industrial sites were inoperative.

Deputy Minister of Industry, Mine and Trade Ali Yazdani said on 30 April that 7,000 of Iran’s 37,120 industrial units in industrial townships and areas were shut down. Some 19% of small businesses, 18% of medium-sized businesses and 11% of large industrial units are currently not open for business. Looking at wider production statistics Arman Khaleqi, a director on the board of the Iranian government’s House of industry and Mines said 10,000 production units were not working from a total of 67,000.

“We are currently facing 30 percent stagnation”, said Khaleqi, board director at the House of Industry and Mines, according to the NCR-Iran.org website.

Units that are functioning are doing so very inefficiently. Khaleqi added that 50% of units in industrial townships, a pillar of Iran’s economic base alongside oil and gas, were running at 25% capacity. Speaking in Mashhad, the second-most popular city in Iran, the Supreme Leader Ali Khamenei said that “60% of domestic production resources have ceased to operate or are functioning below capacity”.

The statistics paint a picture of Iran’s battered economy after years of mismanagement and international isolation. Unemployment in Iran is amongst the highest in the world. Official statistics put unemployment at 13%, more realistic approximations suggest it could be higher than 20%. Amongst young people and women this climbs to 30%.

There is a high concentration of wealth and capital in government and religious institutions. The redistribution rate of capital to workers in Iran is as low as 5.5%. This has not gone without action. Thousands of Iranians across Iran from different professions went on strike in late April. Iran’s low minimum wage (8.1 million rials, equivalent to $286 or £190, per month) is set by the government-controlled Central Bank.

Fatollah Bayat of the Contract Workers Labor Union argued that the calculations used “were not tangible” to the lives of workers. A basket of 330 goods is used by the Statistical Centre to make the calculations, but Bayat said workers would not be able to buy “more than 250” of the goods in [their] whole lifetime” (NCRI). The Organisation for Economic Co-operation and Development (OECD) say Iran’s hourly wage is $1.91.

Government in secret talks about strike against Iran

Sunday Telegraph: The Government is to hold secret talks...

CNN: The Iranian economic affairs and finance minister is...