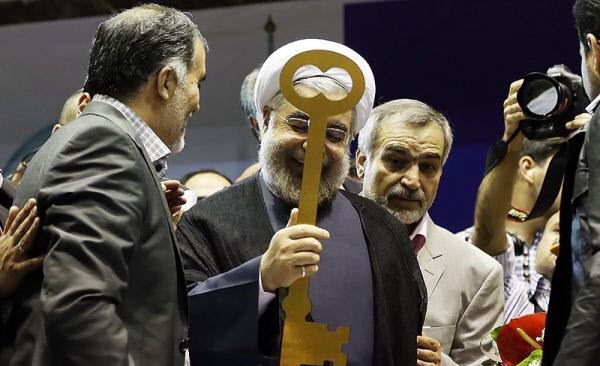 Tehran, 19 May – Iran’s President Hassan Rouhani is encouraging foreign investors to return to Iran. Rouhani’s government claims that it has revived Iran’s economy in the wake of the Joint Comprehensive Plan of Action (JCPOA). However, a leading Iranian newspaper argues that Iran first needs to address issues of systemic corruption.

The Arman daily, a newspaper that is close to President Rouhani’s government, recently referred to the critical state of the country’s economy in its editorial page and alluded to unprecedented stagnation and prevalent corruption in every institution of the country.

“The economic situation is a great challenge that the government faces. Thus, the priority for the government should be economic issues”, Arman reported on 11 May, adding that “the current stagnation is an unprecedented one”.

The editorial called on Rouhani’s government to “uproot corruption that is prevalent in all structures of the country” and noted: “The fact is that, without reducing corruption, we cannot attract the general trust of domestic or foreign investors”.

“Due to various reasons, including a reduction in incomes, the government has failed to adopt substantial measures to overcome stagnation in the economic realm despite the agreement reached”.

“To overcome the present financial crisis, it seems a change in the cabinet is warranted, but no decision has yet been made”, the editorial concludes.