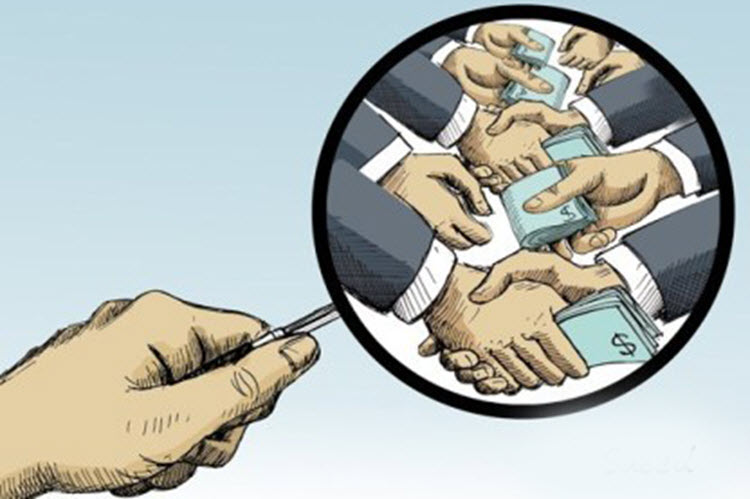 London, 12 November – On November 11, the National Council of Resistance of Iran (NCRI) reports that their Judiciary Commission held an online conference on November 8, regarding the performance of Ali Khamenei, the Iranian regime Supreme Leader, entitled “Corruption has rotted the very fabric of the mullahs’ regime.”

In the conference, Chair of the NCRI Judiciary Commission, Dr. Sanabargh Zahedi, said, “Khamenei is responsible for various aspects of financial and moral corruption. He has made some of his forces scapegoat to cover up endemic corruptions in the regime’s structure.”

“While Iranian people are suffering from poverty and hunger, the Iranian regime leaders have plundered billions of dollars from people wealth and they themselves admit that they are unable to end this corruption that has engulfed all sectors of the government,” Dr. Zahedi continued.

The regime claims to support “Mostazafin (poor and oppressed people)” but its people chant “poverty line 3 million, our salary 1 million”, and hold Khamenei responsible for the poverty.

The regime recently announced that judiciary cases have been opened against 400 affiliates and relatives of the regime officials who have had more than $60 million income. “If it wasn’t for the state-run newspapers exposing these corruptions, gathering these information would have been very difficult,” Dr. Zahedi said, “the reports by financial appellate court shows that the salary of the state-owned banks managers is more than $20,000 US dollars (~ 64 million rials) a month.”

Statistics and secret intelligence reports obtained from Khamenei’s office and political bureau of the regime’s Revolutionary Guard Corps (IRGC) show that, at most, only 7 percent of Iranian people support the regime.

The NCRI also reports that Tasnim state news agency, on November 7, wrote about the clash of regime’s rival factions, saying that, “Despite all the false propaganda, the financial resources available to Hassan Rouhani’s government have been more than its predecessors’, despite which the economic situation of the people has continued to decline.”

Abdolmajid Sheikhi, an economist, said in an interview with ‘Nasim Online’, “No other government has sold as much oil as this government has. The 11th government is extremely wealthy, but a too wasteful spender as well. In the past three years alone, from 2013 to 2015, the amount of financial resources available to this government has been 600,000 billion tomans which shows how wealthy Rouhani’s government actually is.”

In the meantime, the Iranian people pay the price, with poverty and unemployment.

US ‘steps up spying’ on Iran nuclear reactor

AFP: US intelligence agencies have significantly stepped up spying...