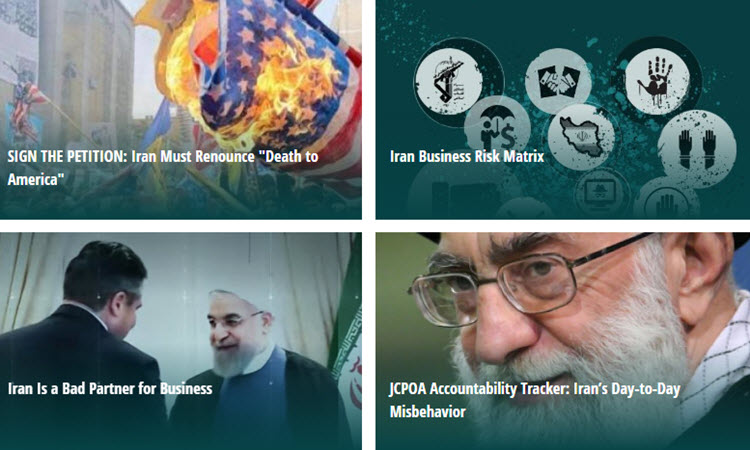 London, 6 Dec – United Against Nuclear Iran (UANI) an independent, not-for-profit, non-partisan, advocacy group that seeks to heighten awareness of the danger that the Iranian regime poses to the world, published an article on December 2, applauding the ten year extension of the Iran Sanctions Act (ISA).  The overwhelming Bipartisan Congressional Vote will enable the quick ‘snapback’ of sanctions if Iran violates the Joint Comprehensive Plan of Action (JCPOA).

It is critical while Iranian regime’s aggressive behavior continues, as well, it sends strong message that Iran business pursuits are risky and ill-advised.  Companies who rush into the Iranian market risk violating these sanctions and stand to lose access to the U.S. economy. “The overwhelming bipartisan support in Congress to extend the Iran Sanctions Act sends the strong message that doing business with Iran continues to be a risky investment,” said UANI CEO Ambassador Mark D. Wallace. “The Iranian regime must be held accountable for its reckless behavior, which has only worsened since the signing of the JCPOA agreement. We hope President Obama will sign this bill, ensuring that America has the necessary tools to combat the Iranian threat.”

“Companies considering business in Iran should think twice,” said UANI Chairman and former U.S. Senator Joseph I. Lieberman. “The Senate’s unanimous 10-year extension of the Iran Sanctions Act shows that Congress takes very seriously Iran’s pursuit of nuclear weapons, support for terrorism, and regional aggression. The incoming Trump Administration and the new Congress have much work they can do together to continue to hold Tehran accountable.”

Led by a group of former diplomats and lawmakers, UANI’s global education campaign focuses on the corporate risks of doing business with Iran, warning international companies who are contemplating Iran as a new investment opportunity. UANI’s matrix of 10 key risk categories warns businesses and sovereign states of the risks they may face, should they pursue deals with Tehran.

Reuters: Iran has hanged three drug smugglers in a...