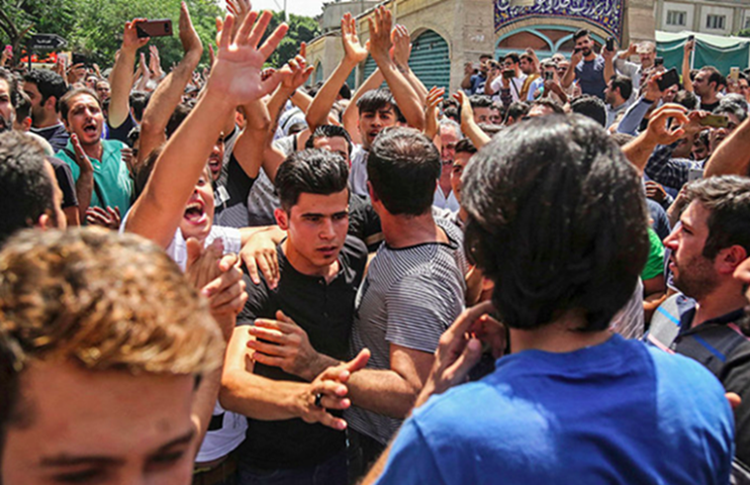 London, 17 July – Ever since U.S. President Donald Trump announced that Iran would once again face the sanctions that were lifted when the 2015 nuclear deal was signed, officials in the country have tried to downplay the impact that they will have. Several officials have publicly said that sanctions are nothing more than a minor inconvenience and other officials have said that Iran is perfectly capable of adapting to sanctions and finding ways around them, as it has done in the past.

However, the Health Minister of Iran, Hassan Ghazizadeh, said at the weekend that the impact will not be quite as easy to deal with as some officials are making out. The Health Minister is a very outspoken official that is not a fan of President Hassan Rouhani. He said that the upcoming sanctions are a “storm” that will “rattle our lives” and said that there is no point in pretending that it is not the case.

He said: “Two choices lay ahead – either to deny the status quo and say that everything is set in peace until the storm hits and shatters everything, or accept that the storm is definitely coming.”

The Rouhani government is going to great lengths to reassure the public that the situation is under control and that sanctions are not going to have an adverse effect on the country’s economy. However, the Iranian people are not easily fooled and they know that the sanctions will have an impact.

There has been a campaign set up with the aim of making the population feel reassured, and there is a lot of talk about resilience. This is something that the people have become used to over the years, and they know that the promises made by the government mean nothing.

Despite the messages of positivity and the fudged reports that attempt to portray the economic situation as being positive, the market is showing that the situation is anything but good. Prices for gold are on the increase. In one trading session alone, there was a 6 per cent rise.

The national currency of Iran, the Rial, has also fallen way below the dollar – around 8,400 Rials to the dollar.

Food products in the country have also been significantly impacted and poultry has hit its highest cost ever – approximately 9,200 Rials per kilo. This is an increase of 80 per cent since last year. Grains and milk are also being affected by a major price increase.

The Iranian government cannot hide these facts and of course the average Iranian has noticed and been affected.

Although the people of Iran are affected by all of this, they are actually supportive of the sanctions. They know that the Mullahs need to be pressured and finally toppled by them and their organized Resistance.