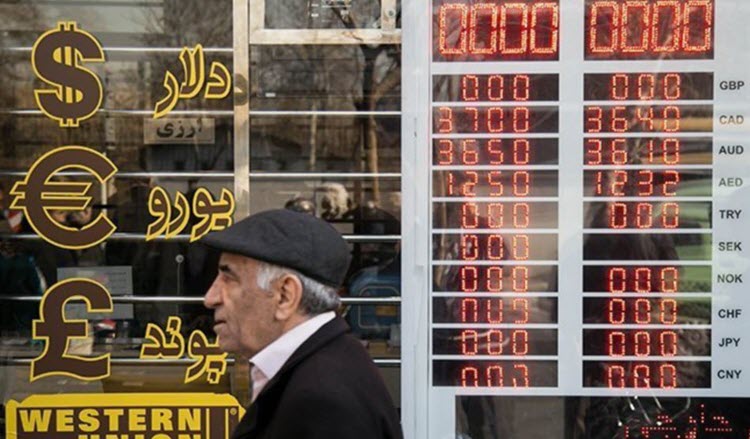 London, 1 August – Iran’s official rial currency hit a record low of over 100,000 rials to the dollar on Sunday, the latest in a series of economic pitfalls for the country, which is now suffering from an extensive economic crisis and the imminent threat of returning US sanctions.

According to the currency exchange rate website Bonbast, one of the most reliable sources for information about the Iranian currency, the global exchange rate stood at 102,000 rials by midday.

This rate was confirmed by a trader who would only speak on the condition of anonymity.

In just four months, the rial has lost half its value against the dollar after being valued at a then-shocking 50,000 rial to the dollar in March.

In April, the Iranian regime attempted to artificially fix their exchange rate at 42,000 rials per dollar and threatened a harsh crackdown on money traders who used any other rate. Several currency exchangers continued to use the global rate (to avoid losing money on the exchange) and more than 20 were arrested by the Regime and threatened with the death penalty. This is a common move by the ruling mullahs when they are trying to keep control.

Iranians, rightly fearing a less stable rial, were desperately seeking hard currencies (i.e. the British pound, the Euro, the US dollar) to secure their savings. Banks often refused to sell their dollars at Iran’s artificial rate and so the Regime was eventually forced to soften its stance in June, although the arrested money traders were not released.

Iran’s currency crisis was caused by decades of mismanagement and corruption by the Iranian regime, which involved stealing from the poor to fund proxy wars and terrorist atrocities. This was the trigger cause behind the ongoing Iranian uprising that began in December.

However, the collapse of the rial was spurred on by the US withdrawal from the 2015 Iran nuclear deal in May, when Donald Trump announced that he would reimpose sanctions. These nuclear-related sanctions start coming into force on August 6 and will be fully imposed by November 4. Trump has warned foreign firms to cut off business with Iran or face secondary sanctions.

Looking at the faces of the victims of acid...