Housing Prices in Tehran Increase by 50% 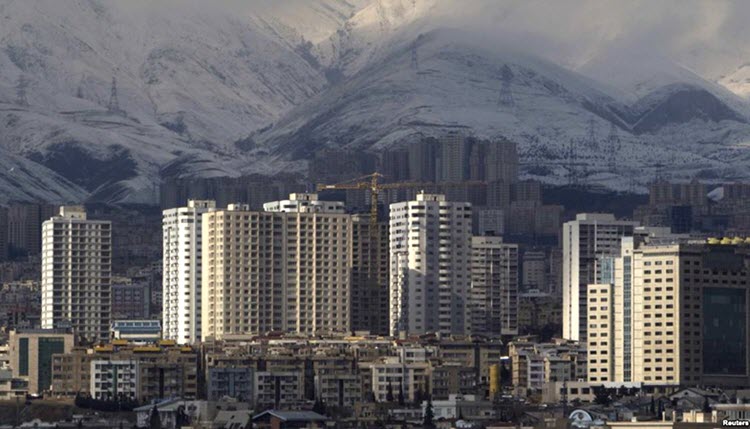 London, 1 August – Housing costs in Tehran have increased by more than 50% in the past year, according to the Central Bank of Iran (CBI).

In its latest report on the housing market of Iran’s capital city, CBI reported that compared with the same period from last year, residential real estate prices have risen by 54.4% and the price per square meter is currently 69.7 million rials (roughly $1,600).

The CBI also reported a significant increase in rents in Tehran (13.6%) and Iran as a whole (11%) compared with last July.

Why are accommodation costs so high?

The Iranian rial has dropped to over 100,000 rials to the US dollar this past weekend, but it has been steadily dropping for months, which is why more people have chosen to invest in property, therefore pushing prices up.

This puts a lot of pressure on the middle and lower classes in Iran, who are struggling with incomes that have not risen to meet inflation. There are a growing number of people in Iran who have been forced to live in converted shipping containers as that’s all they can afford.

A housing official in Iran said that this rise in house prices, far surpassing inflation, was not “real” and would decline.

Iraj Rahbar, vice president of the Association of Builders, said that this rise is not related to the price hike in housing materials (40% increase).

He said: “House price growth in some districts of Tehran such as District 5, which registered growth of 40-50 per cent, has been triggered by speculators, which is unreal and must definitely decline.”