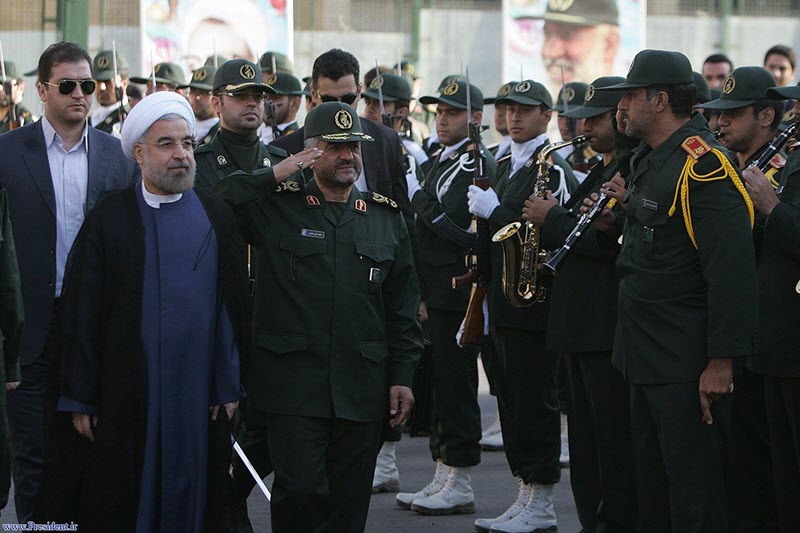 London, 12 Oct – In the aftermath of the 1979 revolution in Iran, there was a significant change to the economy and the Revolutionary Guards Corps (IRGC) were able to gradually dominate in that area following the Iran-Iraq war.

Now, the IRGC controls a third of Iran’s GDP, with many of its companies or front companies embezzling hundreds of millions from the Iranian people. This is one of the reasons for the current economic crisis in Iran, which was a trigger cause for the Iranian uprising that began in December.

The IRGC takes many government projects – often undercutting on materials and pocketing the difference – such as in the Gotvand dam, where 9 million tonnes of salt have built up at the base of the dam’s reservoir and severely affected the quality of the water.

But they are also are key players in the import/export business. Their trades have become the subject of so much ire by the Iranian people that Supreme Leader Ali Khamenei ordered them to cease involvement in projects that were not directly related to their activities (i.e. suppression of the Iranian people and attacks on other countries). It is worth noting that the IRGC has not ended their involvement and have seen no punishment for it.

Of course, the IRGC takeover of the economy means that many Iranians, particularly in the Arab region of Ahwaz, are denied employment, which has led to mass poverty and increased discrimination. The Ahwazis have led peaceful protests citing their legitimate grievances, but the IRGC failed to address these problems.

Then, on September 22, there was an attack on an IRGC military parade in Ahwaz, but who could blame the Ahwazi people, who were pushed to the breaking point? This was the message of an Ahwazi woman to an official who vowed revenge. In a video that went viral on social media, the woman told him that first states “our water and oil was taken away, and now our security” and asked him to visit the notorious slums of Ahwaz such as Ein-do, Malashieh and Manb’a. She said that the gunmen carried out the attack due to desperation and marginalization.

Well, Iran blamed the men (and their whole community) anyway. They arrested 300 Ahwazi Arab men and we don’t yet know their fates.

The corruption and mismanagement exhibited by the IRGC and the government, especially towards the minorities, will ultimately lead to the people’s overthrow of the Regime.

If Aleppo Falls, Will Iran and ISIS Rise?