Iran Economy on Brink of Collapse 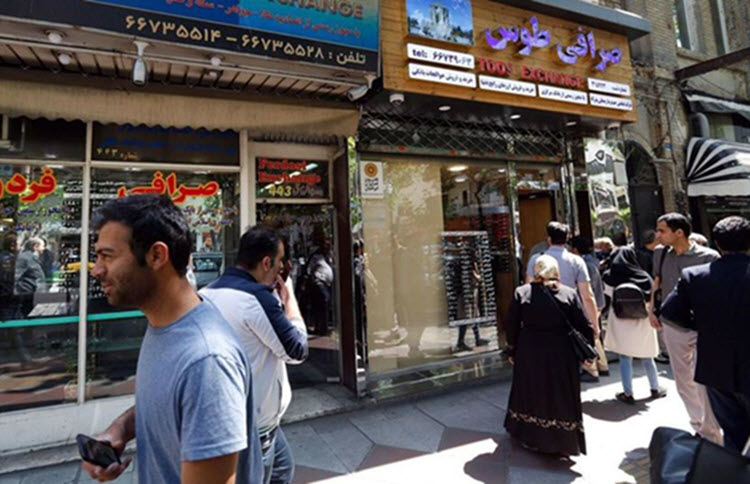 The Iranian economy is on the brink of collapse because of the Donald Trump administration’s tough sanctions, according to the International Monetary Fund (IMF).

Iran is currently in a deep recession, the IMF said, with Iran recording inflation at roughly 40 per cent, the highest it’s been since 1980. However, outside experts put the Iranian inflation rate at a much higher percentage.

This economic crisis is exacerbating the factional infighting inside Iran, between those who back President Hassan Rouhani and those who back Supreme Leader Ali Khamenei.

But Iran’s financial problems are only set to worsen now that Trump has removed the sanctions waivers on the eight largest purchasers of Iranian oil – Japan, Taiwan, Italy, Greece, South Korea, Turkey, India and China.

These waivers were granted in November to steady the oil market after Trump pulled out of the 2015 nuclear deal and reimposed sanctions on Iran. Now, he considers that the countries had enough time to find alternative suppliers, which Taiwan, Italy, and Greece have done already.

This is part of the Trump administration’s plan to put “maximum pressure” on Iran by cutting off its revenue from oil exports.

Trump pulled out of the 2015 nuclear agreement, which he has described as “horrible” and “the worst deal ever” because he said that it did not address Iran’s other malign behaviour, like its ballistic missile programme or regional warmongering. He said the deal had provided Iran with the money to fuel conflict in the Middle East.

In response, Iran accused the US of reneging on the nuclear agreement and has made several threats, like threatening to close the Strait of Hormuz or threatening to leave the nuclear deal, which five other world powers are still signed up to.

General Qasem Soleimani, commander of the overseas arm of the terrorist Revolutionary Guards, said on Monday: “The enemy wants to drag us to the negotiating table through economic pressure. Any negotiations under the current circumstances will be mere surrender and we definitely will not undergo this humiliation.”

The higher cost of living in Iran has caused many Iranians to protest against the Regime and the mullahs are now terrified of being overthrown by their people.

A woman, identified only as Maryam, told the Financial Times: “Every day when I go shopping, I think yesterday I was better off than today. I wake up every morning and realize there has been a jump in the price of chicken or a doubling in the price of onions and tomatoes.”

Iran threatens to carry out missile strikes on enemies