Iran and Russiaa Fight for Control in Syria 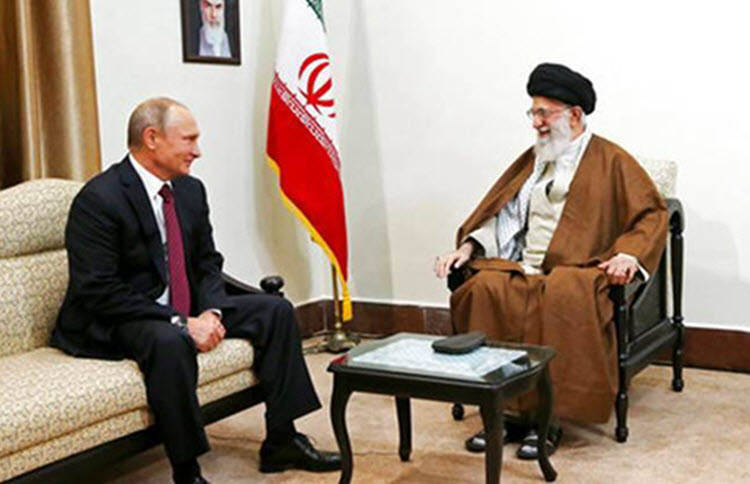 Iran and Russia are currently vying for power in Syria as the country’s eight-year-long civil war draws to a close and this battle recently became public.

Syrian news site Syria Call wrote that nearly a dozen people, including women and children, were killed and about a dozen more were wounded in clashes between pro-Russian and pro-Iranian militia groups on April 14. The clashes in Aleppo involved heavy weaponry and rockets that hit a civilian neighbourhood and marketplace.

According to the Middle East Monitor, Iran has accused Russia of helping Israel to evict Iran from Syria. Russia has failed to stop Israel’s air strikes against Iranian targets and Russian President Vladimir Putin has made it clear that he wants all Iranian troops out of Syria.

Both Iran and Russia want to keep Bashar al-Assad in power because they’ve sunk a lot of resources into the war and want to reap the benefits. Russia has already secured the rights to natural resources, like gas and oil, in Syria, but they also want a military presence on the Mediterranean.

Iran’s dream is to build a land bridge from the Persian Gulf to the Mediterranean Sea, something it has already made huge strides towards, with an uninterrupted route through Iraq and Syria to Lebanon and its terrorist proxy there, Hezbollah. It would also allow Iran to attack Israel from inside Syria, something that Iran did when it launched a missile from Syria to the Golan Heights.

Both nations seek regional dominance, but Syria isn’t big enough for both of them. And there is no broader cooperation between the two in the region.

Iran is rapidly destroying any chance that other countries will support it as it continues to increase its terrorist campaign against the West, regional warfare, domestic repression, and refusal to pass financial transparency bills. As more countries turn against Iran and support the US sanctions, including by pulling out of the 2015 nuclear deal as Russia could do, Iran will be less able to fund the militias that it has fighting in Syria on its behalf.

Russia’s opposition to Iran’s continued military presence in Syria will only increase the chance that Assad will kick Iran out of Syria, in order to receive more favours from a nation, not on the brink of financial collapse.

Quietly, some allies push for action