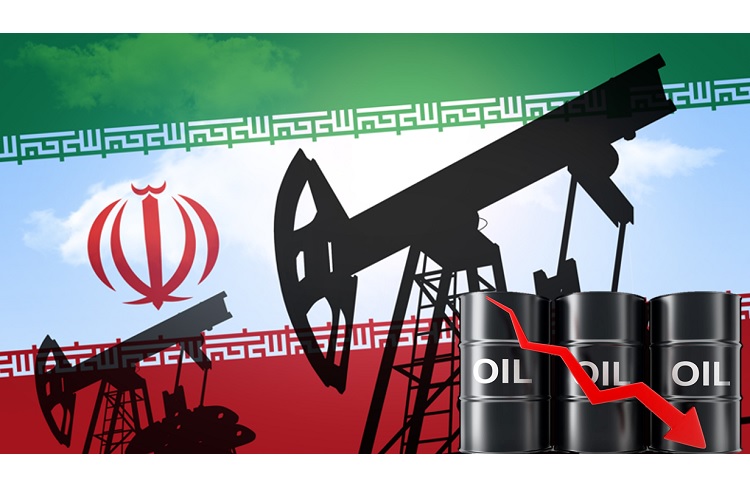 The former chair of the National Security and Foreign Policy Commission in the Iranian parliament has admitted that Iran’s crude oil exports are now 20 times less than they were before the reimposition of US sanctions.

Heshmatollah Falahatpisheh told the parliament’s website, Khane-ye Mellat, that the Foreign Ministry must find a way out of the deadlock. While he did not mention a specific number, his comments indicate that Iran’s exports of crude oil have dropped from nearly 2.5 million barrels per day(bpd) to 125,000 bpd.

This is interesting because the current Iranian budget is based on the selling 1.5 million bpd and the International Monetary Fund (IMF) suggested that Iran’s oil exports are limited to 600,000 bpd. Even the 600,000 figure is unrealistic unless it includes the oil shipped illegally to black markets in the Middle East.

Kpler noted that on average during the past nine months Iranian oil exports to “known destinations” were 663,000 bpd, while 265,000 bpd went to “unknown destinations”. This dropped dramatically after the US stopped renewing waivers for Iranian oil buyers on May 2, citing Iran’s use of funds for continuing its warmongering policies.

Kpler data shows that there was, at the end of September, there were more than 103 million barrels of unsold Iranian crude being stockpiled, with 50.5 million barrels stored on oil tankers, and the rest in-ground storage facilities in Iran and China.

It’s not clear what Iran plans for next year’s budget, but there are several contradictory comments flying about.

Mohammad Baqer Nobakht, President Hassan Rouhani’s adviser for Supervision and Strategic Affairs and the head of Plan and Budget Organization, said on October 29 that the government would present a biannual budget to the parliament for the first time.

But less than three weeks earlier, he said: “We can say next year’s budget does not rely on oil revenues and we will not spend even one rial of oil income on the current operating budget or on expenditures.”

He said that Iran’s oil revenues would only be used for buying capital assets and funding development projects and that new sources of income would replace oil revenues, but he didn’t say what those sources were and how they would compensate for the budget deficit.

The crude oil exports were supposed to make up 34% of the government’s budget, and it is not possible to make a sudden change of that.

Experts Agree Iran Protests Are Not Over

by Jubin Katiraie In a recent Washington Post op-ed,...