U.S. and Allies Concerned by Ongoing Violence in Iraq 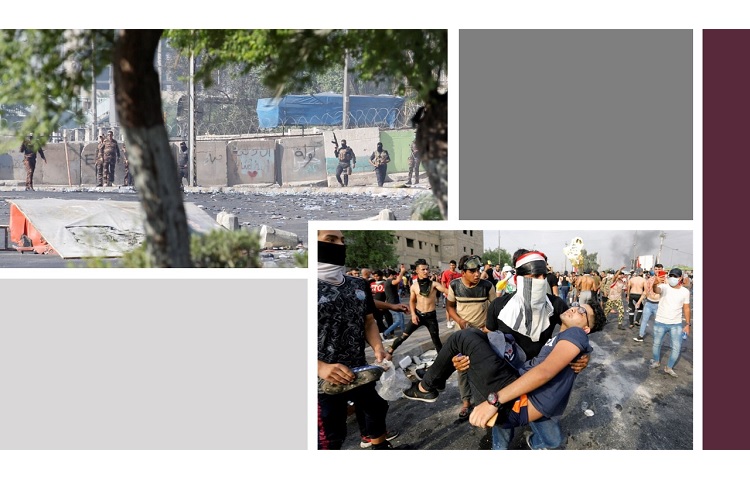 The United States Embassy in Baghdad on Wednesday, 6 November, condemned the killing and kidnapping of protesters on the streets of the Iraqi capital and other cities by security forces backed by Iran.

The US Embassy in Baghdad reiterated that the United States strongly supports a safe and prosperous Iraq capable of defending itself against violent and fundamentalist groups:

“The United States has a strong and abiding interest in a secure and prosperous Iraq able to defend the nation against violent extremist groups and able to deter those who would undermine Iraqi sovereignty and democracy.  As the world watches events in Iraq unfold it is increasingly clear that the Government of Iraq and the country’s political leaders must engage seriously and urgently with Iraqi citizens who are demanding reform. There is no path forward based on the suppression of the will of the Iraqi people.

We deplore the killing and kidnapping of unarmed protesters, threats to freedom of expression, and the cycle of violence taking place. Iraqis must be free to make their own choices about the future of their nation.”

According to Reuters, “at least thirteen protesters” were killed during the 24 hours prior to Tuesday night.

US Secretary of State Mike Pompeo said in a tweet about the uprisings in Iraq and Lebanon:

“The Iraqi and Lebanese people want their countries back. They are discovering that the Iranian regime’s top export is corruption, badly disguised as a revolution. Iraq and Lebanon deserve to set their own courses free from @khamenei_ir‘s meddling.”

The German embassy in Iraq emphasized in a tweet: “Germany stands firmly on the side of Iraq. But strongly condemns the excessive use of violence and demands freedom of the press. Internet cuts are wrong!”

The French embassy tweeted that France condemns the serious violence that has taken place in Iraq in recent days. It recalled its attachment to the right of Iraqis to demonstrate peacefully.

The UK embassy said: The reports of ongoing violations of human rights, including allegations of unlawful use of lethal force and kidnapping of demonstrators are dramatic to worry. Iraqi citizens have the right to express themselves peacefully and without fear.

AP: An Iranian diplomat walked into Iran's embassy in...