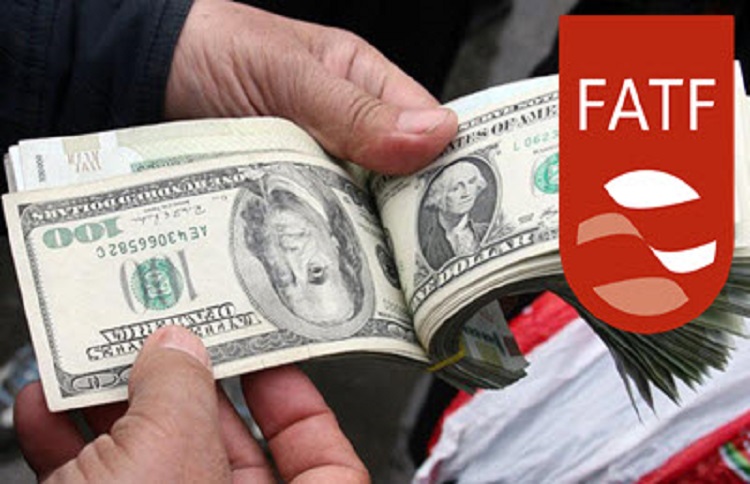 “If we don’t pass FATF bills, a dark future will be lying in wait,” Ahmad Pourfallah, advisor of Iran’s chamber of commerce in Italy, warned on December 22.

Pourfallah’s remarks are the latest manifestation of a longtime dispute among Iranian officials over the CFT and Palermo bills, two pieces of legislation that will make Tehran compliant with international financial norms.

In February, Iranian President Hassan Rouhani had voiced similar concerns. “[Iran’s] banking transactions with the world will face trouble if our relationship with the Financial Action Task Force (FATF) is disconnected,” Rouhani warned during a speech at Iran’s Central Bank. “All the nations across the globe have joined this list. Had they lost their minds? Iran’s administration and parliament have also passed the legislation; didn’t they have expediency? In addition, didn’t the Guardian Council have expediency?… The leadership time and again announced that he has no objection to these [FATF] bills… It is impossible that we are sanctioned by the [United States of] America, as well as by the performance of some people [inside the country].”

In 1989, the Financial Action Task Force (FATF) was established to set standards and promote the effective implementation of legal, regulatory and operational measures for protecting the international financial system from misuse. As an inter-governmental body, FATF pursues countering money laundering, terrorist financing and other related threats to the integrity of the international financial system. At the moment, 37 nations and two regional organizations, who represent major financial centers across the globe take part in this international institute.

What Are the Main Purposes of the FATF; and How does Iran Deal with Them?

As it is clearly announced, the FATF has been established for combating money laundering, financing of terrorism, and proliferation of weapons of mass destruction. Therefore, each government that refrains from joining this inter-governmental body is implicitly declaring that it has no intention to obey measures of the international financial system. Or it intends to misuse the world’s financial system to develop its untransparent goals.

However, given the Iranian officials’ statements, the Islamic Republic is violating all FATF purposes concurrently, and becoming conformant to the international body’s rules will jeopardize some of its most important activities.

“Money laundering is a reality in our country, and there are many who benefit from it,” Khabar Online quoted Iran Foreign Minister Mohammad Javad Zarif on November 10, 2018. Ayatollahs have also a long background in financing terrorist entities across the world. In October 2011, investigations by the FBI disclosed the Iranian government’s plan to assassinate Saudi Arabia’s ambassador to the United States in a bizarre scheme. The FBI assessed the Quds Force paid a Mexican drug cartel, Los Zetas, around $1.5 million to fulfill the terror plots against the ambassador and some embassies in Washington DC.

In addition to the Islamic Republic’s involvement in terror activities, officials provide financing, material, and logistical support to fundamentalist and terrorist groups across the world. For instance, in January 2018, Ebrahim Raisi, the custodian of Astan-e Quds (now the regime’s judiciary chief), personally visited Lebanon and met Hezbollah leaders, including Secretary-General Hassan Nasrallah. He also visited Hezbollah’s military positions in southern Lebanon. Notably, in February 2012, Hezbollah Secretary-General openly confirmed that his “party” is backed by Iran. “We received moral, and political and material support in all possible forms from the Islamic Republic of Iran since 1982,” Nasrallah told supporters by video link.

Meanwhile, in May 2003, the Iranian government’s efforts to obtain weapons of mass destruction were revealed by the Iranian Opposition. At the time, The National Council of Resistance of Iran (NCRI) disclosed that Iranian authorities’ experiments on various aspects of Weapons of Mass Destruction in the Lavizan-Shian site in Tehran.

Since long ago, and before the U.S. withdrawal from the 2015 nuclear deal, formally known as the Joint Comprehensive Plan of Action (JCPOA), Iran attempted joining the FATF to rescue itself from dire economic conditions. However, the Iranian government always rejected discontinuing support for its regional allies designated as terrorist entities by the U.S. and European Union state members. The fact is authorities count on extremist groups like Lebanese Hezbollah, Iraqi Shiite Militias, Houthis Rebels in Yemen, etc. as the token of Iran’s “regional power.” Notably, FATF opponents argue that the effect of joining FATF is further than the debilitation of Iran’s “power” abroad. Given the involvement of the Ministry of Defense, and the Revolutionary Guards (IRGC), in cases like the Khatam-al Anbiya Construction Headquarters, the reason that the move will challenge the defense power of the country.

Therefore, the Iranian government has been placed in a tough circumstance that pushes it to make one of two tough choices. One choice is to reject the FATF bills and confront the international community at the cost of losing the benefits that will help overcome some of Iran’s economic crises. The alternative path is to acquiesce to international pressure at the cost of retracing its steps on its claims of forming a “Resistance Front” and losing its regional authority. In that case, the world’s leading state-sponsor of terrorism would have to deny the goal of its founder, Ruhollah Khomeini, in establishing a “Shiite Crescent.”

Iranian Officials’ Desperation Toward the FATF

On December 18, the secretary of Iran’s Supreme National Security Council (SNSC) Ali Shamkhani made remarks about the impact of the U.S. maximum pressure policy in political-economic sectors. He also talked with IRNA News Agency about the approval or disapproval of FATF bills. “We cannot be sanctioned, in parallel transparently exhibit our moves for bypassing the sanctions according to Combating the Financing of Terrorism (CFT) or Palermo. These are impossible to happen,” said Shamkhani to IRNA on December 18. This remark, of course, reveals the rulers’ desperation and stalemate in accepting or rejecting the FATF bills. It also shows the officials’ beliefs about the ineffectiveness of approval or disapproval of the abovementioned bills toward reviving the crumbling economy of the country, particularly when the government must overcome a terrible budget deficit for next year.

This desperation, however, is not limited to the secretary of SNSC alone and it is seen in the opinions of the political elite and publications in media outlets across the political spectrum. Readers can well recognize authorities’ concerns about the upcoming sociopolitical explosion, which is expressed by common key phrases like “escalating problems,” or “increasing expectations.”

On the same day, the state-run Keyhan newspaper, which is renowned for reflecting the opinions of the supreme leader Ali Khamenei, slammed the Rouhani administration about evading the consequences of FATF. In this context, Keyhan published an article titled, “Why is [the Rouhani] administration not ready to accept FATF consequences?” and wrote, “If consecutive alarms [by ‘reformists’] about the effects of not joining the FATF led to critics retreating and passing the bills, this move [joining the FATF] looks like an adopted decision by the entire ruling system. Therefore, the administration will abuse possible privileges of approval on the one hand, while on the other, any future problems will be referred to the entire ruling system.”

On December 19, Resalat newspaper, another publication affiliated to Khamenei, blamed Rouhani’s supporters in an article titled, “Why don’t FATF proponents accept the reality of sanctions?” Rouhani’s allies, of course, didn’t remain idle and warned their rivals about “tougher economic conditions.” The author underscored that the disapproval of FATF bills is synonymous with “closure of the economic window.” He also pointed out at the country’s isolation and wrote, “If we pursue interactions with the world, we cannot unilaterally dictate our expectations. It is possible to preserve our interests by negotiating and interacting based on our [particular] frameworks. We achieve nothing if we stand against the world,” Setareh Sobh published on December 19.

In such circumstances, given that the latest protests were explosion sparked by an economic fuse, the gas price hikes, officials aren’t able to conceal their concerns about a new round of unrest. Ali Najafi Khoshrudi, a member of the Iranian Parliament (Majlis), raised the alarm about the vibrant situation of the society and miserable effects of delaying the approval of the international protocol. “Until this point, resources that the country has spent for FATF inspection were rare and unique, from long involvement of the country’s essential institutes to time and resources that yielded from the public climate of society,” the Rouhani administration-linked newspaper “Iran” published on December 19.

The reality is; while Iranian officials and especially the main decision-maker, Ali Khamenei, try to find a temporary treatment by wasting time, however, this policy will not change the people’s demands. Factually, regarding the recent protests that shook the Islamic Republic to its core, the supreme leader doesn’t have many options to ultimately respond to grievances of the dissatisfied society. Therefore, he may need to either acquiesce to the international community’s will, which will result in a chain of retreats or take more aggressive steps, which will spell more economic disasters. And these economic problems will hold the potential to trigger a new round of public revolts.

AP: Protesters demanding greater environmental protections for one of...