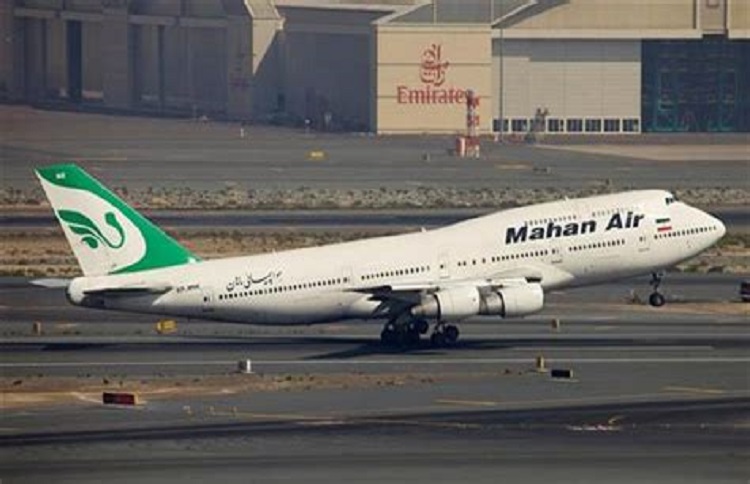 The news is short and illustrative. Most Iranian planes at European airports have problems with refueling, and this is not a problem that has just started recently but it has intensified recently.

The problem began months ago when airlines restricted service to Iranian planes due to US sanctions.

After the United States left the JCPOA, many countries and aircraft refueling companies announced to Iran that they could not supply fuel to Iranian airlines, and it was mid-year of 2018 that Iranian airlines faced this problem.

However, since the problem began to this day, although fewer Iranian planes have failed to fly because of fuel, several European airports have not allowed refueling of Iranian planes in recent weeks.

Previously, aviation officials had said that we would not allow any foreign flights to be canceled due to lack of fuel, and measures had always been taken to reduce the problem of fueling Iranian aircraft in other countries.

In a Twitter post last week, one of the television activists shared an interesting subject of the flight of an Iranian plane over Europe and its problems. Reza Rashidpour wrote in his tweet: “We arrived in London, they refused to give fuel. We returned to Milan. They didn’t even fuel there. We flew to an airport like our Ghale Morghi (airport). Just around. An Airline agent brought in a suitcase dollar. Stealthy we fueled and came back.”

He had, of course, quoted a flight attendant to express the difficulty of flying an Iranian plane over Europe.

What is common is that Iranian pilots and flight attendants seem to have had to fill their pockets with euros and dollars to having no problems when they want to fuel the airplane.

Asadi, secretary of the Airlines Association, acknowledged the issue, saying: “Fuel is paid to foreign airlines in cash, and airlines must have cash, meaning pilots have cash in foreign flights and pay the fuel money and the same time.” He added,” We have taken measures not to have problems with fuel supply in other countries. “

Which countries are hard on Iran?

Despite the measures, the problems of Iranian airplanes are increasing day by day, and most airports in the world do not allow conventional air refueling.

According to surveys approved by the country’s aviation authorities, several airports do not allow refueling of Iranian flights when they run out of fuel.

In Turkey, Emirates (Dubai), Kuwait and Lebanon Iranian planes cannot get fuel. In neighboring countries, there is only fuel available in Iraq but there is a problem with Iraq while Iranian airlines usually don’t buy fuel from Iraq because the flight time is about an hour and usually the planes refuel in a way that doesn’t need to be refueled in Iraq because the price of jet fuel in Iraq is expensive and about $ 1.35, which is higher than the fuel rate in Iran.

According to the same verified survey, in some Eastern European countries (Belgrade region), the supply of aircraft fuel to Iranian airlines has faced no problem. For example, if Iran Air has a flight to Germany, it can refuel on its return.

On the farther routes, the problem is even more complicated, and in most cases, Iranian planes may not even be able to fly farther than Europe, to the United States.

According to the report, as it was said in most of the European continent, Iranian planes have problems with refueling, but this problem persists in the Americas as well.

The fact is those refueling companies are brands that, if active in Europe, are also active in the US, making them problematic for the Iranian aircraft anywhere in the world because of the fear of US sanctions and reject refueling even at a higher rate than the conventional rate.

On the nature of air refueling companies at airports that do not cooperate with Iranians, studies show that these refueling companies are active on various continents and are strictly forbidden from cooperating with Iranian airplanes in accordance with their dealings with the US. Interestingly, most of the fuel companies, part or all of their stocks are owned by the United States, so they explicitly said to the Iranian side that they are not able to deliver fuel.

It is not economical

Although refueling in this way is not economical for Iranian planes, experts say, but because of US policy on sanctions, Iran has no choice but to accept the current situation.

Amin Haji Lotfi, an economic expert in a brief interview with the Aftab Yazd reporter when asked whether the extra cost of conditional refueling at airports in the world is imposed on Iranian planes, said: “There will definitely be a cost increase to some overseas flights, however, an extra take-off, as stated by the national aviation authorities, which is very costly for the airline and is likely to be levied on the airline to make regular overseas flights, and don’t interrupt them.”

He said: “Stopping at a third airport for refueling will delay flights and disrupt the relative and apparent order of flights, and this would seem to be normal with existing conditions and there is no other option.”

Studies show that delays in flights from Iranian airlines are sometimes even longer than 15 hours and have caused discontent.

This trouble catches even Zarif

This is not, of course, a situation that only captivates the people. The regime’s foreign minister, Mohamad Javad Zarif, had a similar problem recently for attending an international summit. Accordingly, the lack of refueling of Iranian planes for a trip by the Iranian Foreign Minister to Germany also became problematic. Deutsche Welle reported that before the Munich Security Conference, the airport’s oil companies refused to refuel the Foreign Minister’s aircraft.

After careful scrutiny, it became clear that German fuel companies were concerned that they would violate Washington’s sanctions on Tehran by providing fuel to the Iranian Foreign Minister’s aircraft.

Although it was the task of the host government to provide all the requisites for the invitees, German media reported that the government could barely supply the aircraft with the help of the German army.

Which Iranian planes are under sanctions?

The fact is that almost all aircraft in the Iranian air fleet is on the US sanctions list, according to airline officials.

Airlines officials have also confirmed this, saying that the US has put all Iranian airplanes on the sanction list, even those that have become grounded or crashed, and even those that Iran has already sold.

The US decision to disrupt the Iranian air fleet appears to be very serious, and even this US move could be seen as a failure to develop Iranian airlines and to cut off all domestic and foreign cooperation with Iranian airlines.

Last August, the United States warned aviation service providers not to provide services to Iranian airlines. The order was issued by the US Treasury Department’s Office of Foreign Assets Control – OFAC – in which it avoids institutions active in airline services from risking US sanctions and economic punitive for unauthorized communication or transfer of aircraft, parts and items, technology or airline services to Iran or Iranian Sanctioned airlines and related to Iran.

The US has even stepped up and threatens the cooperating companies with Iran and said failure in this subject and cooperate with Iranian planes could pose a significant threat to the aviation industry with significant risks, including prosecution or legal actions, economic and financial sanctions.

However, the Americans, and indeed the US Treasury Department, has not implemented the 100% Iranian air sanctions and allowed a French-Italian company to supply Iran Air with equipment.

The exemptions that were announced were brief and allowed only the French-Italian ATR company, which manufactures turbine-powered aircraft, to supply Iran Air with the equipment it needed.

The US government is currently warning Western airlines about any engagement with Iran without authorization from the US Treasury Department’s Office.

An ATR spokesman said the company was allowed in April 2019 to meet the needs of these 13 aircraft in the Iran Air fleet. Therefore, ATAR can provide the necessary components, equipment, and tools, as well as software, and provide Iran Air with the technology necessary to ensure the safety of aircraft operations. This license expires on April 30, 2021.

Why Is the Iranian Economy Failing?

By Pooya Stone The Iranian regime has tried to...