Only One Step Remains Before Entering FATF Blacklist 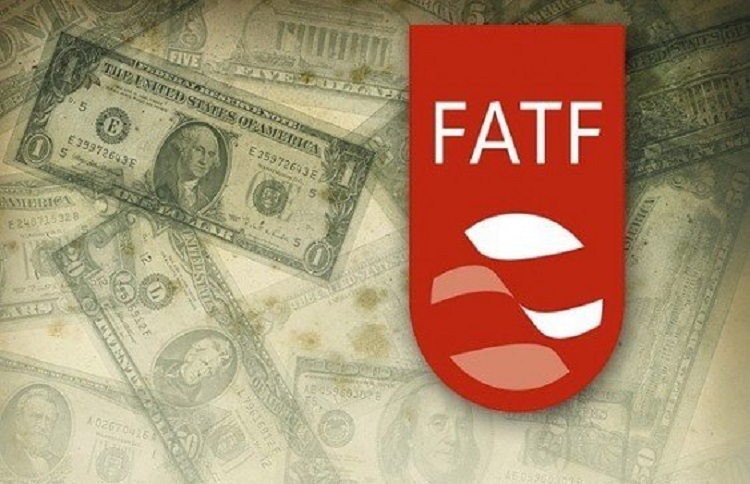 This February is the last deadline for Iran to approve bills of the Financial Action Task Force (FATF). This intergovernmental organization has given several deadlines to the Iranian government to pass the bills and join the FATF coalition.

However, the last opportunity of this country is going to lost, paving the way for designating Iran in the FATF blacklist. In such circumstances, disputes over approval of the FATF’s four bills continue and Iran’s entry into the group remains in skepticism.

Iran Has Lost the Time

While less than a week remains to the deadline, officials have yet to agree over the pros and cons of joining this organization after four months of arguments. There are even disagreements among parliamentarians over whether or not Iran should join the FATF, leading to further kicking the can down the road.

“Today, the country deals with many sanctions, but we will ban ourselves [from world trade] by rejecting the FATF bills,” said “reformist” MP Shahabaddin Bimeghdar in an interview with the ILNA news agency on February 8.

“The Expediency Council had one year to decide on the FATF, and it didn’t. Today, they say the time is up and the opinion of the Guardian Council should be implemented according to the constitution. If the Guardian Council’s opinion is to e imposed, we will be blacklisted before the end of February, crippling our banks as a result. Additionally, [many] Iranians who work across the globe will face economic obstacles. They will be monitored and should explain each [economic communication with the Iranian government],” Bimeghdar added.

What Are the Consequences of Iran Rejecting the FATF?

In 1989, the intergovernmental Financial Action Task Force (FATF) was established to discuss and set standards to combat money laundering and terrorist financing. This organization has passed several bills in this context such as the CFT and Palermo.

The standards of these bills are formulated as recommendations and guidelines aimed at combating financial crime, and all countries are required to comply with them. Failure to comply with these requirements will result in serious restrictions that disrupt the banking system and financial interactions of the violator country.

In 2009, Iran was blacklisted by the FATF. This designation was suspended as a result of the Iran Nuclear deal in 2015, also known as the Joint Comprehensive Plan of Action (JCPOA). However, this country will be blacklisted again if it doesn’t accept FATF standards over the coming days.

Notably, Saudi Arabia, Iraq, Syria, Lebanon, and all of Iran’s neighboring countries have previously accepted and approved bills of this international organization. Placing Iran on the FATF blacklist simply means leading the country into restrictions on money transfers.

The problems of money transferring even extend to the regime’s sports sector. A few weeks ago, Esteghlal-e Tehran club’s obstacles in transferring money to the Italian coach Andrea Stramaccioni prompted him to not only leave the club but also leave the country.

No One Can Rescue Iran’s Economy

“Being blacklisted by the FATF will certainly have a devastating effect on the country’s economic situation. Obviously, each country will face a lot of economic problems if it cannot run its international exchanges or will face obstacles in money transfers and financial interactions. When [we] cannot exchange with other countries, many expenditures will be imposed on the country, and lead to higher prices and [more] livelihood obstacles.

He also explained that Iran’s friendly relationship with China, Russia, and Eurasian countries cannot rescue the country’s economy without joining the FATF. “All countries that we still have good relations with them adopted FATF standards. Meanwhile, joining the FATF is absolutely an economic issue and we shouldn’t interpret it as a political one. Banks of these countries have entered the international banking system by adopting FATF bills. Therefore, they cannot have any financial interaction with us once the country is blacklisted by this organization,” Souri added.

The international banking system precisely monitors and intercepts all financial exchanges. This matter deters banks of FATF members to have economic relations with the country that has no transparent economy. Non-joining the FATF plainly displays that Iranian authorities prefer to hold their underground transactions and systematic corruption that has the main share in economic problems. Iranian economists say that an economic crisis will engulf the country if the FATF blacklists Iran once again.

In this context, even countries that can gain huge profits through the Iranian market prefer to cut off their trade. This is due to the fact that the upcoming disadvantages are far more than the benefits of trading with Iran. Therefore, all Iranian banking transactions are either not executed or become very difficult and costly. This unilaterally benefits foreign counterparties.

On the other hand, Iran’s economy now suffers from sanctions, which disturb the functions of Iranian banks. However, disapproving FATF bills prevent the country to construct the necessary pillars for an appropriate economy.

In other words, in the case of ceasing economic pressures, Iran would not be able to communicate with the international banking system without adopting FATF bills. In such circumstances, the country can neither earn nor spend money, and imports/exports will face many problems.

“In the current situation, Iran also faces many difficulties in exchanging goods and trade relations and being blacklisted by the FATF will exacerbate these problems. Currency prices will rise, and inflation will increase. Iran would then have to incur enormous costs to conduct its business. Also, we will be compelled to marginalize businesses that impose more pressures on the country,” said Massoud Daneshmand, a former member of the Tehran Chamber of Commerce, to Shahrvand daily.

Los Angeles Times: The Obama administration has decided to...