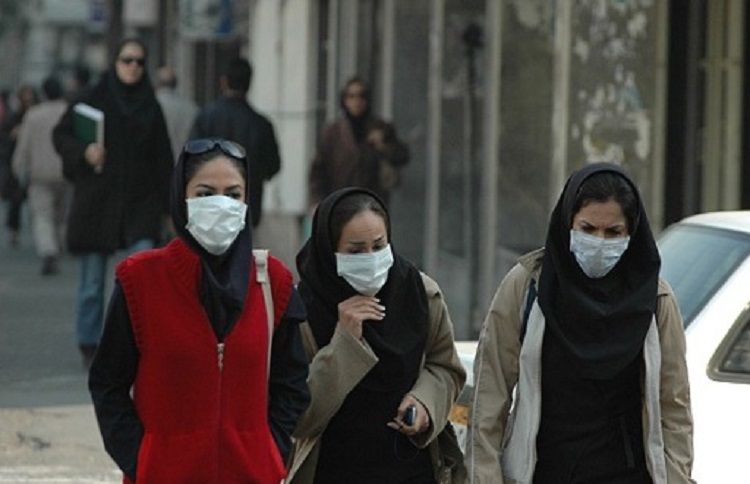 Nearly 30,000 die annually in Iran due to air pollution, while the direct and indirect financial costs of air pollution in Iran are in the region of $30 billion annually.

In recent years, one of the major metropolitan problems in Iran has been the issue of air pollution, so that air pollution is one of the most important risk factors for cancers and diseases leading to death in Iran.

The Ministry of Health has announced recently that about 30,000 people die prematurely due to air pollution.

Reza Melkzadeh, deputy head of research and technology at the ministry’s Ministry of Health on the air pollution in metropolitan areas, said: “Air pollution causes people who are at risk of cancer to get cancer earlier or have a heart attack earlier. We estimate that just because of air pollution in the whole country, about 30,000 people die annually.”

“Air pollution is present in seven major cities of Iran (even at home) but it does not cause all the disease, it causes people to die sooner,” Melkzadeh added.

Particles smaller than 2.5 microns are the most important, yet most worrying, air pollutants. Some 38 million people across the country are exposed to some degree of air pollution.

Air pollution ranks fifth among the factors contributing to mortality

The air pollution problem, which ranks fifth among the factors contributing to mortality, annually devotes a large portion of the country’s GDP to the consequences of this problem.

The concentration of air pollutants in Iran is 3.3 times the global limit

Concentrations of air pollutants have increased dramatically in the country from 2017, and now the air pollution level in Iran is 3.3 times the global limit.

The statistics on the impact of air pollution on human mortality in Iran are not limited to the words of Malekzadeh, although experience has shown that about the problems and disasters in the country, the regime never provides clear and accurate statistics.

Prior to Melkzadeh’s announcement on 12 February 2020, Deputy Health Minister Alireza Raisi had also announced the impact of air pollution on more than 33,000 deaths annually in the country on 3 December 2019.

The mortality rate due to air pollution in Tehran in 2018

Whereas, according to the statistics provided by Raisi, the death toll from air pollution in Tehran alone in the year 2018 was more than 3,000, including chronic respiratory illnesses (85 cases), lung cancer (96 cases), heart disease (1058 cases) and stroke (526 cases), but earlier, Arash Milani, a member of the Tehran City Council, had announced on 23 June 2019, “an annual death toll of 4,000 to 5,000 as a result of air pollution in the capital.”

Here, as in all other cases, the statistics provided by the officials and organizations of the regime contradict each other. This paradox shows, above all, the secrecy and ignorance in the fight against air pollution.

Financial costs of air pollution in the country

As for the costs imposed on the country, there is the same contradiction in the views expressed by government officials with figures provided by international organizations.

Abbas Shahsoni, head of the Ministry of Health’s Department of Air Health, said on 24 December 2019 about the budget that the air pollution problem is imposing on the country, “premature deaths from air pollution alone cost the country $5.7 billion annually.”

But according to the World Health Organization, that figure is much higher than the figures announced by the Iranian regime.

According to the World Health Organization, this cost in Iran is over $30 billion, equal to 2.48 percent of GDP, including direct and indirect costs imposed by air pollution.

What is very clear here is that the Iranian regime has neither the will, nor the capability, nor a plan to solve the problem of air pollution. Something that is taking daily extreme losses from the Iranian people. The 41-year record of the regime is clearer than any other statement.

Reuters: Following are some details of the sanctions imposed...

Throughout history, autocrats constantly struggle to save their unelected...