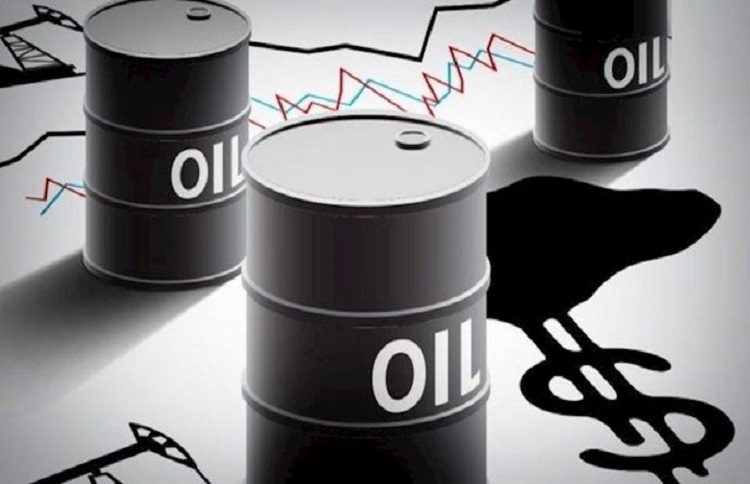 These days, in tandem with the coronavirus crisis in Iran, the fall in the global oil prices is challenging the regime in Tehran and further undermining its 2020 budget.

The reflection of this concern and fear of oil equations and the fate of oil prices usually begins with the regime’s assessment of the situation in rival oil countries and neighbors. As an example, the title of the state-run news agency Tasnim on 5 April is as follow‌:

And then it starts to look at the Gulf states one by one, which happen to have suffered less damage from the coronavirus, and that “after nearly 30 percent fall in oil prices and the suspension of the OPEC agreement to cut production, Saudi Arabia suffered the most because the continuation of this situation will cost it hundreds of millions of dollars a day. This situation caused Saudi Arabia to reduce government spending by nearly $13 billion, which is 5% of the total budget for 2020 …”

And then this agency evaluated the other Gulf states and said that what calamities will soon befall them.

But in the end, lowering oil prices is not a joke for the regime, and it cannot just blame others for falling oil prices, but predict that it will have no impact on itself while being in the middle of crises and super-challenges like the sanctions and crisis of the approval of the 2020 budget and most pressingly the coronavirus outbreak which will lead to a social crisis – something that the regime fears most.

One of these crises is the regime’s lack of income. To tackle this crisis, the Rouhani government increased the gasoline price last November in an attempt to achieve two goals: first, to reduce the amount of money it pays for gasoline subsidies, and second, to reduce the consumption of gasoline due to its increase in price, and to make the surplus production of this product and sell it to the neighbors to have a little more income.

Bijan Namdar Zangeneh, the regime’s minister of petroleum after the November protests in some interviews said that 20-22 million liters of gasoline is stored daily through gasoline quotas. At that time, each liter of gasoline was sold for 5,000 tomans outside of Iran, which generated revenue of 31 trillion tomans a year for the government.

But as oil prices fall, so do the prices of petroleum products, such as gasoline, diesel, fuel oil and liquefied petroleum gas, which is a blow to the regime’s income, and the narrow path of income that the regime earns from the sale of these products are blocked.

Due to falling oil prices and declining oil production which is now one-third of the past month, the regime will not be able to achieve its goal of doubling its revenues from oil exports, but even his income will be lower than last year.

“With the outbreak of the coronavirus and its social and economic consequences, there is talk these days of using the resources of the National Development Fund to offset the effects, which have not yet been officially announced by the authorities, but it is unlikely that the fund’s resources and foreign exchange reserves in these sensitive situations will be used.” (Etemed Online, 5 April)

The danger of dissolution, lurking on OPEC?

ISNA news agency on 14 April, while reminding of the developments of OPEC and what ups and downs it has gone through during its life and has finally been able to manage the oil market, emphasized:

The regime’s fear is not the weakening of OPEC, nor its strengthening, but the entry of new players who, due to their economic and oil policies, can bring the regime’s main economy revenue under their control and advance their demands, even though the news indicates a semi-closed agreement between OPEC and its other allies and other actors such as the United States and Russia as the OPEC Plus, but the regime can not calm down and hide its fear.

OPEC Plus agreement; historical but ineffective

An oil analyst described the volatile deal as follows: “On Thursday last week, the OPEC Plus coalition agreed to cut 10 million barrels per day by April 2022. This agreement was a historic agreement in terms of reducing supply, but it does not seem to be enough to balance the market. Joining the G20 will not be enough, as demand will fall unprecedentedly in the coming weeks, with a twofold reduction in the OPEC Plus agreement … The important thing to note is that there is no effective mechanism already in place for the practical consensus of all countries to reduce production. Inside OPEC countries, there is a long history of non-compliance with quotas by various members …” (Darayian, 13 April)

The regime’s fear of the upcoming events related to the oil prices is visible in most of its media which will shake the regime.

“Goldman Sachs Bank said that the historic OPEC Plus agreement to reduce oil production could not compensate for the sharp drop in demand and announced that the downward trend in oil prices would continue in the coming weeks. The Organization of the Petroleum Exporting Countries (OPEC) and its allies, in a group called OPEC Plus, announced last night that they had agreed to cut 9.7 million barrels of oil per day for May and June in order to prevent price reductions, the New York Times reported. As a result of this decision, Goldman Sachs predicts a downward trend in oil prices for the short term, so that according to the forecast of this bank, Brent crude oil will fluctuate around $ 20 a barrel …” (Ibena, 14 April)

In this regard, the regime’s former representative in OPEC, expressed his fear about the possibility of a further drop in oil prices, if the countries do not adhere to the agreement to reduce production. Sayyed Mohammad Ali Khatibi said that the market reactions to this agreement have been psychological to date and said:

“Even if 80 percent of the 19 million barrels drop in operations in May and June is operational, we can see oil prices return above $40. On the other hand, if the market in May and June shows that there is no evidence that the agreement will be operational, or that countries are less than 50 percent committed to the agreement, it may react negatively and even see a further drop in oil prices.”(Tasnim, 14 April)

Human trafficking not being combated in Iran: US State Dept