Iran: A Glance at the Supreme Leader’s Mafia 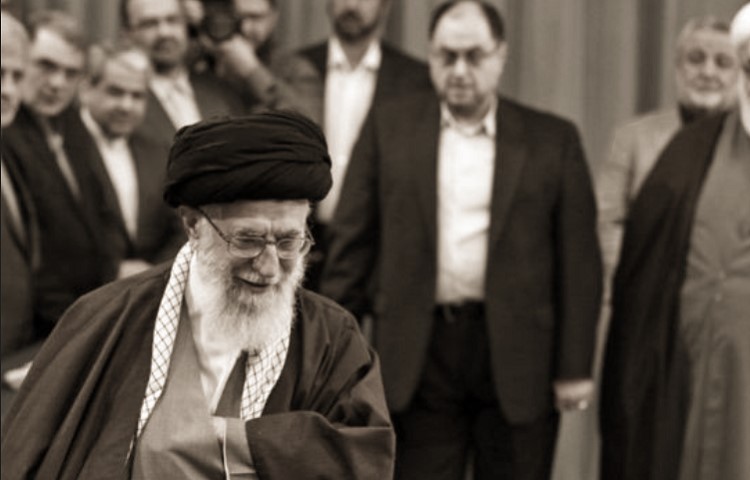 While the Iranian people are struggling against the novel coronavirus, the government seeks to achieve economic-political interests through this ominous health crisis.

In this regard, officials frequently claim that U.S. sanctions disturb the country’s operation to contain the virus. However, they have yet to elaborate on why they refrain from using the huge wealth of the supreme leader-dominated financial institutions and holdings? 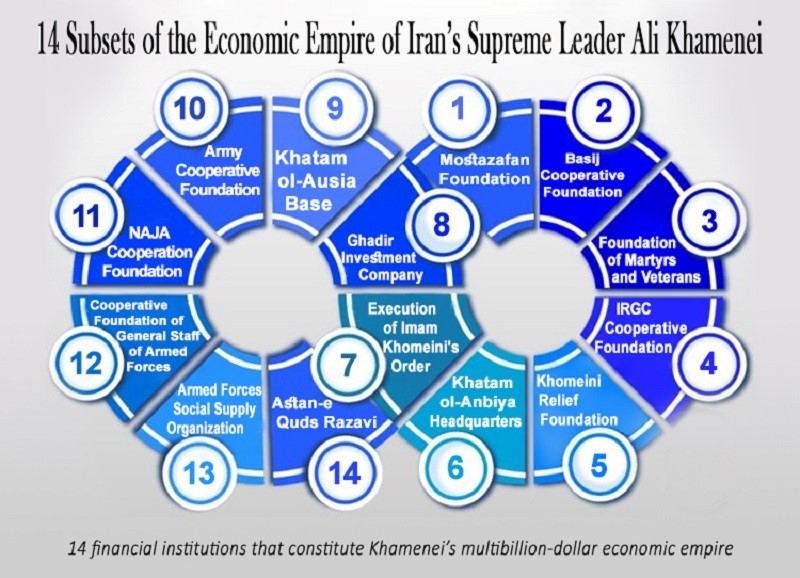 Social media activists also blamed authorities for squandering the country’s asset for the interference in neighboring countries’ affairs, instead of providing necessary health and hygienic equipment and supplies for the people.

Subsequently, on April 7, Bahram Parsaei, a member of the Parliament (Majlis), reflected the society’s demand over the Khamenei-controlled institutions. “By using the National Reserve Fund and institutions that always enjoy special privileges and exemptions, like the Mostazafan Foundation, the EIKO, Astan-e Quds, Endowment organizations, all should serve the people for two months and offer their all assets,” Parsaei said in the Majlis session.

In this respect, Managing Director of Jomhuri Eslami daily Masih Mohajeri reiterated that the public should ask about the EIKO and Mostazafan Foundation.

However, the supreme leader could not ease the public ire against his economic empire. In this context, Khamenei sent his appointees like the head of EIKO Mohammad Mokhber to whitewash Khamenei’s plundering. However, he, in fact, confirmed what had been raised about Khamenei’s mind-blowing wealth instead of defending his leader.

On April 13, Mokhber was asked in an interview with the state-run Channel Six T.V. about EIKO’s asset. “Americans said, ‘To counter the coronavirus, there is no need that we lift the sanctions. Use the money of institutions like EIKO,” the interviewer said.

“This issue is related to prevention from our purchased items… They banned our medicines, they say that ‘medicine is not sanctioned; however, you cannot pay its price… I said that ‘they plot the devastation of the Islamic Revolution’s institutions,’” Mokhber said.

“They say that ‘there are billions of dollars in EIKO,’” the interviewer said.

“This is a joke; they make a [fiction] portray that there is no correlation between its services and assets when they decided to confront somebody,” Mokhber said, evading to declare the truth once again.

Immediately, he initiated to count several services that were provided by EIKO and giving hollow promises. However, no one of the institution’s services are tracked and seen. “[These accusations] mean confrontation with the people of Iran. Why [foes] constantly focus on the IRGC and organizations who factually serve the people, particularly in crises,” Mokhber concluded.

The Iranian government’s inconsistent non-transparency and claims raised many questions. For instance, the CEO of the Foundation for Defense of Democracies (FDD) Mark Dubowitz tweeted, “The regime in Iran wants $5B from the IMF but cannot find $4.8B of FX that should have been used for imports of essential goods. Which regime officials stole the money, and will they give it back?”

Dubowitz’s $4.8 billion figure was in reference to a clause in the settlement budget law complied by the Iranian Supreme Audit Court and read at the parliament session on April 14. The report prompted different officials to downplay the scandal and even Rouhani to trade barbs to push the chief auditor back.

Also, on April 14, U.S. Secretary of State Mike Pompeo explained that any financial assistance to Tehran will either go to be siphoned off for corruption or end up in the hands of the Lebanese Hezbollah, arms merchants and Shi’ite militia in the region. He also repeated the U.S. readiness for aiding Iran for containing the coronavirus, however, the ayatollahs immediately rejected the offer.

“We offered humanitarian assistance, real humanitarian assistance to the Iranian people, but we’re not about to send cash to the Ayatollahs. If our mission set is to save lives inside of Iran, to send a bunch of money to the Iranian regime won’t get that money to those people. It’ll be funneled, siphoned off; it’ll be used for corrupt purposes. And so that is the wrong approach to assistance inside of Iran,” Pompeo said.

He also blamed Khamenei and his appointees for costly foreign policies rather than improving the health care system of the country.

Additionally, from March 2018 to 2019, more than $4.820 billion had been distributed among individuals or entities for importing essential goods, according to the budget settlement law on April 14. The report that was read in the Majlis revealed that more than $2.706 billion was spent for importing dental floss, dog and cat food, dolls, toys, can lids, soil, and ice cream sticks.

A lawmaker from Etemad Melli [National Confidence] party Elias Hazrati blamed the method of governing by President Hassan Rouhani, saying, “I repeatedly said and called this administration as one without decisions, or with late decisions, or bad decisions. It prefers to pay the cost of triple fines. To hell with it – but it imposes this on the people.” Notably, Hazrati is a “reformist” and earlier announced, “We will support the administration until the end of its tenure.”

Duplicity in Sending Iran’s Budget Bill to the Guardian Council

Reuters: Iran's financial partners would be hit with new...