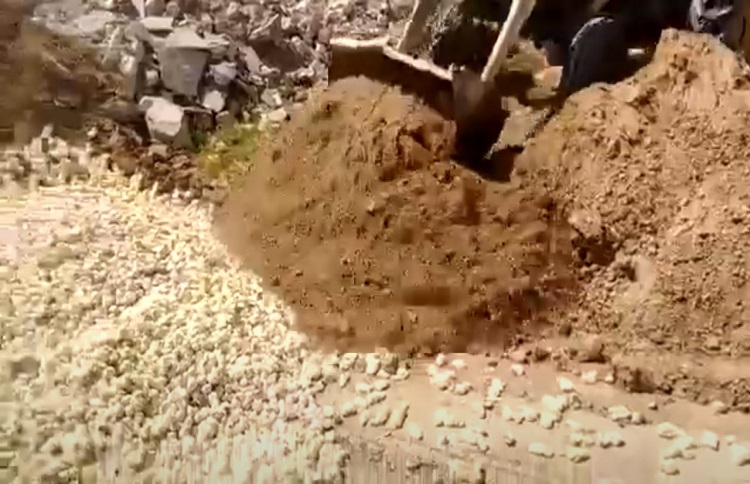 On April 17, many Iranians were shocked by seeing footage that showed the elimination of many one-day-old chicks. The children of impoverished people were looking at the video with regret. These chickens would be able to feed many hungry citizens who search for food through garbage containers.

God knows how many chicks were put to death as chicken farmers could no longer afford to feed them.

Of course, the regime would never purchase these chicks to feed the homeless & needy.pic.twitter.com/ojSMNA21Zz

“Chicken prices have recently decreased. The owner of the poultry feed market raised the prices of grains, which resulted in livestock farmers’ inability,” a citizen reported.

This issue finally caused the elimination of tens of millions of one-day chicks. Therefore, the government-linked financers raised the prices again. Javad Modallal, a relative of Nasser Makarem Shirazi, an ally of the supreme leader Ali Khamenei. Makarem Shirazi is also notoriously known for his odd remarks like his opinion about the Holocaust.

Iranian activists guess that this unreasonable action is another deceitful act by the mullahs. In this context, the government would insinuate the international community that U.S. sanctions are pressuring ordinary people in Iran. Notably, the foreign minister Mohammad Javad Zarif ties all the government’s mismanagement and failures to foreign economic pressures.

However, according to Deputy Agricultural Minister Morteza Rezaei, the elimination took place in the deterrence of decreasing the price of chicken. Notably, burying chicks alive is committed while ships loaded with bird seeds are in the docks, but authorities reject unloading them, according to the chief of the poultry association.

Mrs. Maryam Rajavi, the President-elect of the National Council of Resistance of Iran (NCRI), described this disgusting act as a crime against millions of hungry people inside the country.

“The clerical regime is having hungry chicks buried alive. This is an unforgivable crime emblematic of the mullahs’ immeasurable atrocity in massacring Iran’s children and nature. Now, they are sending the people of #Iran to their deaths by lifting protective measures.

“The mullahs are annihilators of #Iran’s economy and its human &material resources. Their answer for throngs of hungry people was burying 16 million young chickens, even as ships loaded with bird seeds are in the docks, and many people are surviving only on dry bread &water,” Mrs. Rajavi tweeted on April 19.

The mullahs are annihilators of #Iran’s economy and its human &material resources. Their answer for throngs of hungry people was burying 16 million young chickens, even as ships loaded with birdseeds are in the docks, and many people are surviving only on dry bread &water

Modallal is one of the famous billionaires in Iran. He and his two sons, Saman and Peyman, monopolized large parts of the country’s economy. They had a significant share in different industrial sectors like vegetable oil, cement, mineral water, tea and melting iron and steel.

They had also activities in the stock market in addition to receiving around $5 billion from the government by the official exchange rate for importing “essential cargoes.”

In Kermanshah province, western Iran, several big factories, including Saman cement, Nazgol oil, Nazgol poultry livestock, and mineral water were placed in Mahidasht road, all of them are under the Modallals’ thumb.

The Modallals also have 200 trucks, 120 front-loaders, and mineral equipment. Iran’s Sultan of Plastic Abdollah Sokhan-Sanj was one of Modallal’s shareholders. He died of the coronavirus in March. The Modallals’ investments are strongly backed by Makarem Shirazi.

Modallal also pursues Khamenei’s goals in his hometown Kermanshah, which has brought him close to the most powerful person in the theocratic rule.