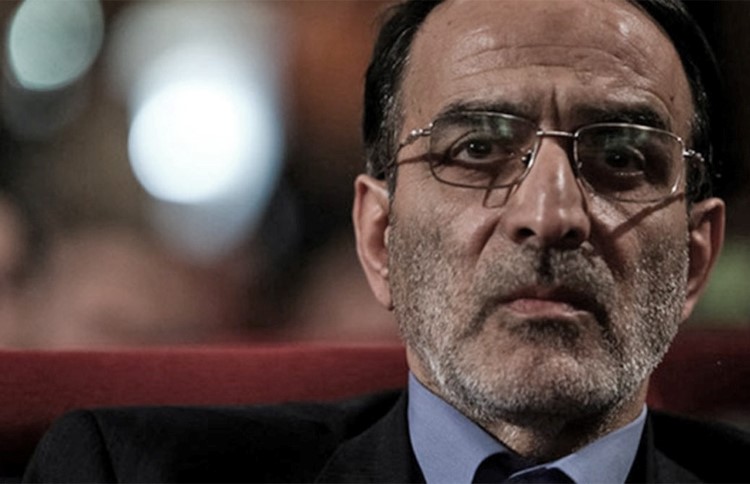 “By the written order of President Hassan Rouhani to the then Governor of the Central Bank of Iran (CBI), $36.1 billion and 80 tons of gold was given to smugglers of goods, forex, and drug,” said the new-elected lawmaker from Mashhad city Javad Karimi Qoddussi in a public session of the Parliament (Majlis) on June 2.

The comments were made at a session attended by the governor of the CBI Abdolnasser Hemmati and the head of Planning and Budget Organization Mohammad Bagher Nobakht to explain the country’s economic conditions. Hemmati and Nobakht admitted to the government’s tough economic situation and highlighted the ayatollahs’ inability to sell crude oil and condensate, which means that the country has lost its main source of income.

Hemmati pointed out the impact of sanctions and announced that the country’s banking system has been disrupted. He also expressed that the government has even lost its strategic allies like Iraq to circumvent the sanctions. He also informed MPs about blocking the country’s exporting activities.

Nobakht also declared that the government cannot rely on oil revenue anymore. He implicitly reminded the risk of applying pressure on the society through tax collection, saying, “We should put the oil [revenue] aside. You also know we cannot collect taxes due to the recession. In such circumstances, governing the country is very difficult.”

He told new MPs that providing “at least $2.47 billion of the 2020-2021 budget bill” is impossible. Notably, according to adopted budget bills, the government is supposed to compensate for $14.7-billion budget deficits by reducing public subsidies. Furthermore, the government needs around $1.76 billion to pay its employees and continue operating.

Qoddussi, who is known for his loyalty to supreme leader Ali Khamenei, started with an odd claim, which shows the ayatollahs’ intentions for exploiting recent events in the U.S. In this regard, he described recent social developments in the United States as an achievement for the regime and slammed “reformists.”

“Fascinated and self-defeated movement to the West and America should see what is going in the U.S. today and these days,” Afkar news agency quoted him as saying during the session.

He also revealed that “Rouhani personally issued a written order addressing the CBI’s then-governor [Valiollah] Seif to deliver $36.1 billion to three gangs smuggling forex, goods, and drug in the Iraqi Kurdish province of Sulaymaniyah within three years.” Qoddussi told his colleagues that this order was carried out while the Sulaymaniyah was under the control of “the U.S. and Saudi regime.”

Next, he counted several economic failures under the Rouhani administration, saying, “The U.S. withdrew from the [Iran nuclear deal] JCPOA, the profits of the people’s deposits decreased, liquidity overflew into the bazaar, the dollar exchange rate reached 18,000 tomans in a few months, and the value of the national currency fell. These are achievements of Nobakht and the CBI’s then-governor.”

In response to the entire government and its plundering policies, hundreds of thousands of citizens poured into the streets in November 2019. In the unprecedented protests that immediately engulfed more than 200 cities, the Iranian people chanted against authorities and rejected the religious rule. They also chanted, “Reformists, Principlists, the game is over,” a slogan that first became popular in the December 2017 protests.

Notably, on November 17, the supreme leader himself ordered the IRGC and the state security forces to “do whatever it takes to end” protests, according to a Reuters exclusive report on December 23.

“The ‘sedition of gasoline’ was the second economic event and a landmark achievement of the Rouhani administration,” Qoddussi said. He also exposed that “the Majlis had annually passed bills for raising gasoline prices by 15-20 percent.” By mid-November 2019, all of the administrations had refrained from increasing the price in fear of sparking social protests. However, at the time, the administration suddenly announced the decision for rationing and rising prices of gasoline, which “caused a calamity across the country.”

“We should get a commitment from this administration to not make seditions such as the gas sedition in the current year,” he added. Rouhani’s presidency will end in 2021 when Iran will hold its next presidential elections.

Qoddussi also praised the act of sending five shipments of Iranian oil to Venezuela, describing it as a required move in accordance with Khamenei’s “resistance economy” strategy. He also made fun of Rouhani, saying, “This administration has yet to believe those flotillas safely arrived to [Venezuela] and returned.”

About Nobakht’s report, Karimi Qoddussi mocked the head of planning and budget organization, saying, “Mr. Nobakht’s report was pretty good. However, we have not understood the report was provided over the conditions in Iran, or Iraq, and Afghanistan? Because what Mr. Nobakht says is very different from what is practically happening in the market, it is far away from the price of public supplies and the people’s purchasing power.”

Qoddussi added, “In 2013, the volume of liquidity was 490 trillion tomans when this administration started its work. In mid-June of this year, liquidity will reach 2,800 trillion tomans. Mr. Nobakht, with what plan did you increase the liquidity?”

Recently, Iranian officials frequently bragged about the growth of the stock market and Tehran Bourse. However, Qoddussi challenged authorities of the Rouhani administration to the benefit of Khamenei, saying, “These days, you opened the doors of the bourse and put [the government’s] properties up for auction without any plan. Speculation of forex, gold, dollar, and the automobile is going to the bourse. Where is your new program, plan, and bill to lead the country’s liquidity, which should result in a leap in development and production?”

Qoddussi next placed the blame on Rouhani for recent countrywide protests in December 2017 and November 2019. He embarrassed Rouhani by calling him a hero who had driven the society to backfire on the government via anti-establishment protests. “We witnessed two instances of [Rouhani’s] heroism in inciting the people during the events in 2017 and the people who were killed, and in 2019 and the people who were killed then, and in the fall of the national currency value,” Qoddussi said.

He also blamed Nobakht for not having a plan to improve the country’s banking system, saying, “Mr. Nobakht, do you remember that at the beginning of the tenth parliament [2016-2020], you told us, ‘Do not reform the banking system, we will provide a bill?’ Where is your bill? I witnessed that you could never present articles for improving the banking system in the form of legislative bills, and you always confronted this issue.”

In the end, Qoddussi said that forfeiting public sector firms like al-Mehdi, Haft-Tappeh, Moghan, etc. to private owners was an awful plan. These remarks, of course, are a part of the truth about the systematic corruption in Iran. However, it proves how the ayatollahs have diverted the country from its natural path toward prosperity and welfare over the past four decades. It also displayed that both reformists and hardliners are cut from the same cloth and they overlap in corruption, suppression, and deprivation of 80 million people of their basic rights.

US panel to review China-Iran deal, decide on potential sanctions

AFP: A US congressional committee will review a Chinese-Iranian...