Oil Workers in Iran on Strike 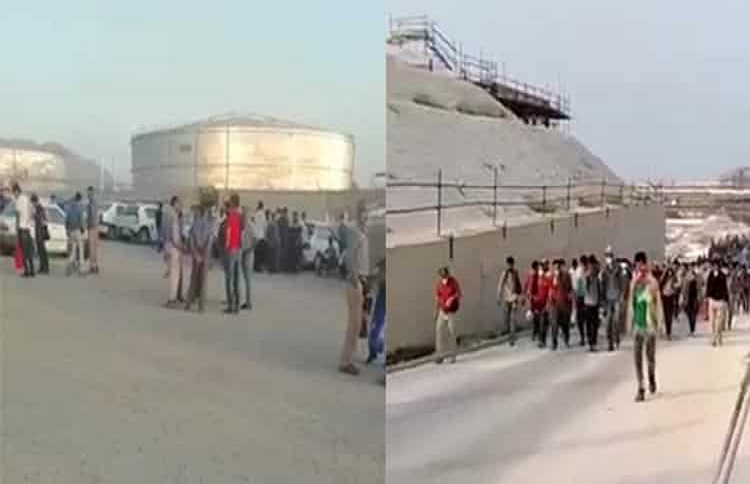 Oil and petrochemical workers in southern Iran have been staging strikes for a week now, which is having a direct impact on the Iranian regime.

While there are daily protests from all sectors in Iran, the Iranian economy is dependent on oil – despite the current sanctions – so the mullahs are worried by this. What’s more, the workers are rightly identifying the regime as the cause of the problems faced by oil workers, not the US as the mullahs like to attempt.

They also condemned the people breaking the strike and vowed to publish their names in the next phase of the campaign.

Maryam Rajavi, the president-elect of the National Council of Resistance of Iran (NCRI), praised the striking workers.

She said: “Through oppressive contracts, the clerical regime exploits the workers and does not even pay their meager wages. It squanders the country’s capital in nuclear and missile projects as well as terrorism or plunders it or sends it to the bank accounts of its officials and their families abroad.”

Indeed, Supreme Leader Ali Khamenei, President Hassan Rouhani, and other officials have been trying to blame US sanctions for the economic turmoil faced by the Iranian people, but the regime has stolen their money and is throwing it away on terrorism, missiles, corruption, and anti-NCRI propaganda, even during the coronavirus pandemic.

The Revolutionary Guards (IRGC) tested new ballistic missiles recently and the head of Lebanese Hezbollah, Hassan Nasrallah, admitted that the regime has been paying the terrorist organization monthly. This continued despite the growing crises in Iran, according to the People’s Mojahedin Organization of Iran (PMOI/MEK), rather than using that cash to support the people of Iran in this unprecedented crisis.

Even the regime’s state-run media are admitting it.

In April, Jomhuri-e Eslami daily wrote: “These financial powers [of the regime] include the Execution of Imam Khomeini’s Order, Mostazafan Foundation of Islamic Revolution and Astan Quds Razavi [foundations controlled by the Supreme eader]. The vast financial and facilities these centers possess, if used to help the damaged society sectors by the coronavirus, will resolve these sectors’ problems rapidly and completely. These assets and facilities belong to people and should be exactly used in such situations to resolve people’s problems.”