What Do We Know About the Case of 5 Young Iran People Sentenced to Death? 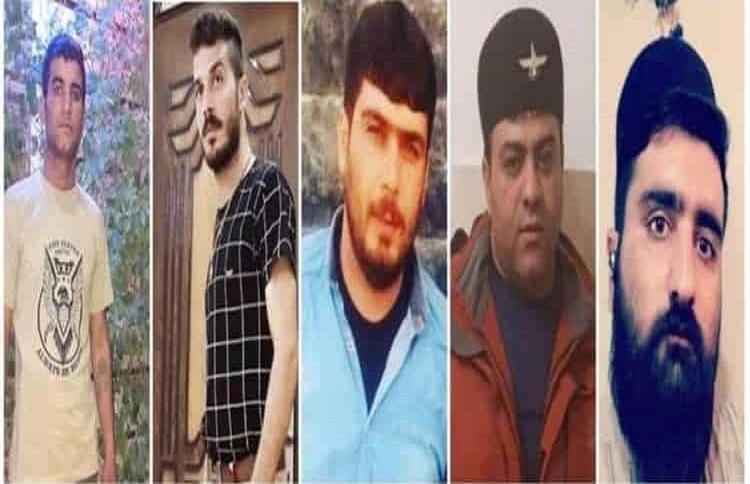 These days, the news of the confirmation of the death sentence of five or eight young Iranians in Isfahan is the first news of many media outlets, while the regime’s Judicial authorities are trying to carry out their work in silence with continuous denials of these verdicts.

During the nationwide protests in December 2017 in Khomeini Shahr, one of the protesters, Asghar Haroon Al-Rashidi, was shot dead. Mr. Rashidi’s family complained about the Basij elements, the IRGC, and the police about killing their child.

According to an informed source from the Isfahan Central Prison (Dastgerd), Hadi Kiani is one of the five youths detained since the December 2017 uprising who was sentenced to be executed twice by the Second Branch of the Revolutionary Court of Isfahan in February 2020. This case has resulted in imprisonment and flogging sentences for eight other defendants.

Hadi was a construction worker since he was a teenager, and after years of working as a laborer, he was able to rent a car wash to support his family.

Hadi’s relatives said: “We did not hear from him until 40 days after his arrest. Hadi later said that he was tortured in solitary confinement during this time.”

The arrest of Hadi Kiani dates to the nationwide protests in December 2017 in the Joyabad neighborhood near the city of Sedeh in Isfahan.

“I am innocent,” he told the court. But in court, he was sentenced to two death for moharebeh (waging war on God) and Armed insurgency Against the Imam or Islamic ruler.

According to the verdict issued by the Revolutionary Court of Isfahan on 8 February 2020, Mehdi Salehi Ghaleh Shahrokhi, Mohammad Bastami, Majid Nazari Kondari, Hadi Kiani, and Abbas Mohammadi were charged with “Armed insurgency, moharebeh, and corruption on earth through community and disrupting public and private security.” Each of them was sentenced to two death sentences and five years in prison.

Vahid Salehi, Bahman Doisti, Alireza Ispareh, Milad Ostad Mamzani, and two others have also been acquitted of the charge of “Armed insurgency through effective efforts and activities to advance the goals of the rioters.”

Renowned Iranian Personality demands Justice for the 1988 Massacre In Iran

London, 3 September - In an interview published on the Internet August...