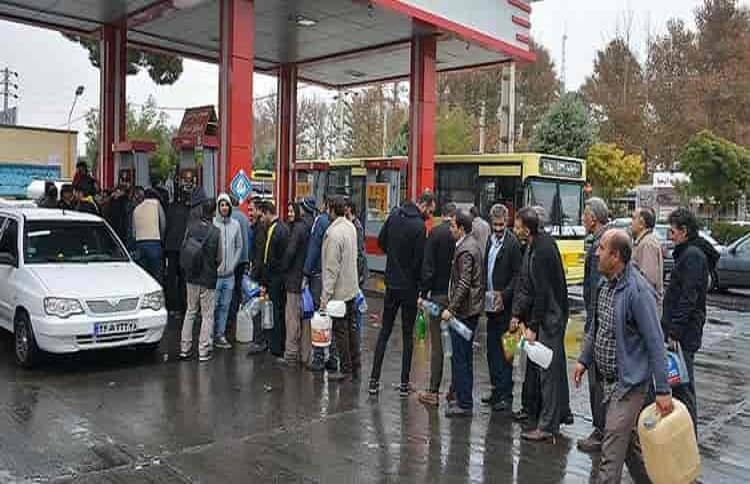 On August 15, a plan was announced in the open plenary of Iran’s parliament, according to which each person will be paid a monthly quota of 30 liters of gasoline, and at the end of the month, they can sell any amount they have not consumed back to the government.

Ahmad Amirabadi Farahani, a member of the parliament’s presidium, spoke about the plan and said: “According to this plan, each person will be paid a monthly quota of 30 liters of gasoline, which will be deposited in the head of the household’s card, and the head will have the opportunity to consume it by the end of the month.”

Seyed Mostafa Hashemi Taba, an element of the so-called reformist faction while criticizing this plan, said: “In the year of the leap of production, it seems that instead of achieving it, they want to consume the intergenerational capital, and the parliament and the government, despite the contradictions and serious opposition, both agree on this point and each wants to overtake the other one.

“Apparently, according to the plan presented in the Islamic Parliament, the government is obliged to deposit the equivalent of 40 Rials in the price of 40 liters of gasoline at the FOB price of the Persian Gulf every month to the account of all 80 million Iranians. Apparently, the parliamentarians are upset that the volume of Ahmadinejad’s subsidy plan has not grown, and they have presented this plan in order to serve the people.”

He explained the impracticality of this plan as followed:

He then wrote to the MPs, explaining that the resulting inflation would neutralize the people’s income:

“Deputies be assured that populist movements do not create any lasting popularity in society, just as they increase pessimism about the system and the government; such plans are right hitting at the roots. All the promises of the deputies about the plans for the prosperity of the economy are just summed to the gasoline payment plan to everyone, which is unfortunate.”

He then wrote about President Hassan Rouhani’s oil pre-sale plan: “The government has a similar plan. Selling oil to the people and taking money from them to cover the budget deficit, which of course the government’s extravagance continues, and future governments owe the people, and this is called organizing the capital market. The problem is that officials, including the head of government, instead of analyzing, they verdict.

“Suppose the government earns $5.5 billion from the sale of 220 million barrels of oil domestically, assuming that each barrel is $25. Does it want to take this money in dollars from the people or the equivalent in Rials, which is equivalent to 110 trillion Tomans in the currency of 20,000 Tomans? What happens to the people other than the budget deficit? What happens in society other than encouraging profiteering?”

Gates points to Iran as source of weapons to Taliban