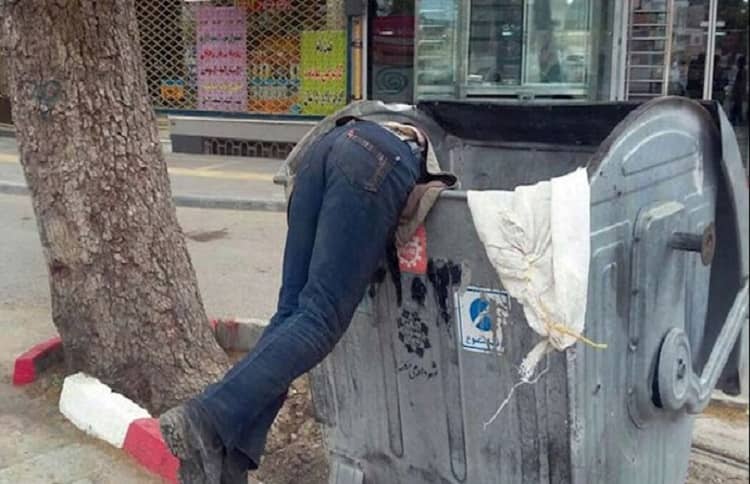 News and reports about Iran indicate that every day the crisis of poverty and the social gap is growing.

Every wagon that joins this train is like an arsenal of explosives which is added to the explosive and unstable social situation. The unbelievable class gap, characterized by the exponential growth of the poverty line, is a unique development in the decline of living standards and social relations in Iran’s history.

What’s the main cause? The government’s corruption and lootings which have affected the society of Iran like incurable cancer. It is enough to point just a few examples to show the situation:

State-run media Khabar Online on 12 August 2020, Mostafa Mirsalim: “Bribery in various forms and corruption, like termites, have hollowed the pillars of the system, and God forbid, if it becomes public, it will leave no trace of conservatism or reformism.”

State-run daily Etemad on 16 August, Ahamad Tavakoli: “Do people today trust the administrative organization of the Ministry of Roads and Urban Development (MRUD)? no! It is said that corruption is there. Do people today trust the central bank, where some took $ 27 billion in foreign currency and returned only part of it? No, they do not! Some minted 65 tons of gold and handed it over to unworthy people. The styles and contexts of politicians changed, they became greedy and thought of accumulating wealth. People see these actions as a result of the government and the state.”

In describing such a situation, it is good to recall an important sociological principle about the final stages of a regime. This principle says: “The final stage of a social revolution is where the lower classes make requests and express their demands, but the rulers cannot answer, even if they want.”

The state-run daily Etemad on 15 August 2020 wrote: “It is safe to say that we are in the most critical period of post-revolutionary history, but no important decisions are made. There is no rescuing prescription that is coming out from the governmental dialogs in this situation.”

All of these speeches are reflected by the protests of Iran’s labor in the past weeks, despite the danger and threat of the coronavirus and death, they have decided to start their strikes and express their anger, in the hope of change. But the experiences of forty years show us that the clerical establishment can no longer answer their requests, while it is stuck deep in corruption.

The strike by workers of oil and gas refineries and petrochemical and combined cycle power plants in 12 provinces and 23 cities of Iran has reached its seventeenth day. In parallel with this strike, railway workers in Tehran and Mashhad and workers of Hepco Arak joined the strike. Workers at the Haft Tappeh Sugarcane Complex have gone on strike for 64 days. It is reminded that the solidarity and unity of the workers in 54 labor centers of Iran are going on until now and the workers will not step back from their demands.

Their demands are as followed:

Iran says will press on with atomic work

Reuters : Iran said on Sunday it would press...