Relatives of Kurds executed in Iran are denied the remains, and 2 are arrested

New York Times: The authorities in Iran have refused to allow the families of five Kurdish activists hanged on Sunday to bury them, and have arrested the sister and mother of the only woman among the executed. 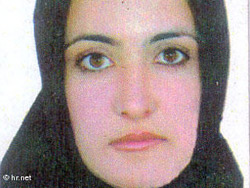 The authorities in Iran have refused to allow the families of five Kurdish activists hanged on Sunday to bury them, and have arrested the sister and mother of the only woman among the executed, one of the activists’ lawyers said Tuesday.

The sister and mother of the woman, Shirin Alamhooee, 28, were arrested at their home in the city of Makoo, in northwestern Iran, said the lawyer, Khalil Bahramian, in a telephone interview from Tehran. He also said the family was not even aware of the execution until Monday afternoon.

The government’s refusal to hand over the bodies to the families appears to stem from a fear of antigovernment demonstrations during burial ceremonies in Kurdish areas. Ethnic Kurds have come under increasing pressure since the large-scale protests last summer against the nation’s disputed elections, and at least two other Kurdish activists were executed late last year. At least 16 other Kurdish activists remain on death row, according to human rights groups.

“Not allowing families to bury the bodies of their loved ones is against the law, Islam and Shariah,” Mr. Bahramian said.

He said the authorities had told him they would bury the bodies and tell the families the location later. “They even turned down my request to allow the families to be present while they are burying them,” he said.

Kurds are an ethnic minority in Iran and complain that the government discriminates against them. Most Kurds are Sunni Muslims in a country dominated by Shiites. The Kurds elect members to Parliament, but the lawmakers often have little power.

The opposition Web site Jaras reported that Abdoljabar Karami, who represents Sanandaj, the capital of Kurdistan Province, in Parliament, was threatened by the governor when he tried to stop the executions and that his efforts to secure the release of the bodies this week had gone unheeded.

Human rights activists have been alarmed by the hasty executions, which were carried out without having been endorsed by Iran’s Supreme Court. They worry that the government might hang more activists to discourage protesters from taking part in another planned rally, on the anniversary of the June 12 elections.

Reporters Without Borders, which is based in Paris, expressed concern in a statement posted on its Web site Tuesday over the fate of reporters in jail after the executions on Sunday.

Dozens of reporters have been arrested since last summer, and at least 42 still remain imprisoned, the group has said.

The statement on Tuesday said that five journalists in jail needed urgent medical treatment, and it urged the United Nations High Commissioner for Human Rights to send representatives to Iran.

The 77th United Nations General Assembly will convene on...