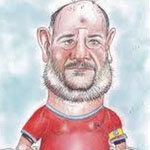 BBC: Political cartoonists, like other journalists in Iran, have to tread a fine line – taboo subjects change with the ebb and flow of the political power play among the ruling factions, making it difficult for commentators to determine the lines they cannot cross.
By Arash Ahmadi BBC Monitoring 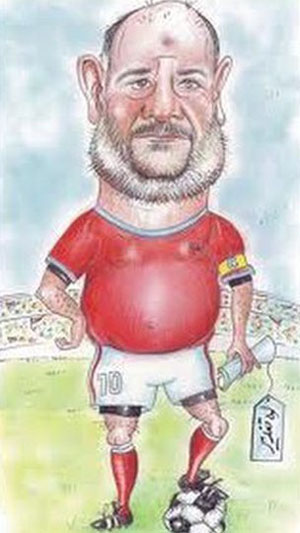 Political cartoonists, like other journalists in Iran, have to tread a fine line – taboo subjects change with the ebb and flow of the political power play among the ruling factions, making it difficult for commentators to determine the lines they cannot cross.

For example, the lampooning of the clerical classes is generally not acceptable, but cartoons of former reformist President Mohammad Khatami, himself a man of the cloth, go unpunished.

Current President Mahmoud Ahmadinejad is not immune either – cartoons ridicule his looks and prominent nose. His falling out with Supreme Leader Ali Khamenei may have something to do this.

So it came as a surprise when a cartoonist was recently sentenced to 25 lashes for publishing a caricature of a right-wing MP from Iran’s Central Province.

Mahmoud Shokrayeh’s cartoon of Ahmad Lotfi Ashtiani appeared in the Nam-e Amir journal, published in the central city of Arak. It showed the MP wearing a football kit in the middle of a pitch with one arm on his waist, holding an award certificate in one hand and with his foot on a football.

A number of Iranian politicians have recently been criticised for interfering in sports.
‘Cruel’ punishment

Other Iranian cartoonists were quick to come to Shokrayeh’s defence.

Other reactions followed. Prominent journalist and blogger Masih Alinejad published an interview with Esmail Kowsari, a member of the parliament’s National Security Committee.

She quoted the MP as saying: “I doubt such a sentence would be issued for just a caricature. An accusation has its own punishment.”

In another post, she wrote: “Mr MP, a caricature does not mean insult and rudeness.” Alinejad also praised Mana for his suggestion of more cartoons lampooning the MP.

This was followed by the sudden appearance of a number of cartoons lampooning Mr Ashtiani.

Cartoonist Jamal Rahmati posted a simple cartoon of the MP, with a caption saying: “Mr MP, if drawing your cartoon leads to 25 lashes, please come and lash me too.”
Vahid Nikgoo’s cartoon Vahid Nikgoo contributed his own caricature of the MP threatening to lash his mirror image

Meanwhile, Vahid Nikgoo’s cartoon showed Mr Ashtiani looking into a mirror with a speech bubble saying: “I’ll take you to court and sentence you to lashes so that you won’t draw me like this any more!”

And comments by Iranians on the Balatarin community website were indicative of the mood.

“If I had the skill, I would draw cartoons of this MP for a whole week and upload them onto the net,” wrote Majidkhan. “A plea to all those who can, roll your sleeves up and get drawing!”

“This poor MP made it worse for himself. If he had kept quiet, no-one would have seen the cartoon. He himself has made it go international!” said another.

Iran: At Which Point Will It Leave Syria?