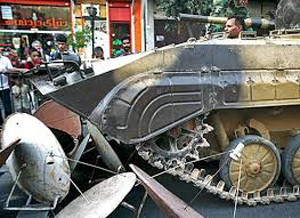 Satellite companies Intelsat and Eutelsat Communications are trying to win back business with Iran’s state-run broadcaster, after U.S. authorities allowed the companies to re-enter the country, WSJ reported. But human rights groups say Iran’s broadcaster still televises forced confessions, creating a risk to the reputations of firms that beam the broadcasts.

The easing of sanctions against Iran has presented companies with fresh opportunities to get in on the ground floor of a country that could open wide if negotiations between Iranian and Western leaders succeed. But those opportunities pose the risk of a tarnished corporate image from connection to a country that critics say still has abysmal human rights practices. A spokesman for the Iranian Mission to the United Nations did not respond to requests for comment.

The satellite companies were forced to abandon their Iran business when U.S. and European authorities blacklisted the state-run Islamic Republic of Iran Broadcasting in 2012 because of allegations it was jamming foreign satellite signals and televising forced confessions.

Earlier this month, U.S. Secretary of State John Kerry decided to extend a waiver for six months allowing the companies to return, after U.S. diplomats verified that Iran had ceased blocking satellite signals, a senior State Department official told Risk & Compliance Journal. “We think we have had a significant success here,” the official said.

The satellite companies are now fighting to regain the Iran business they lost to Russian and Middle Eastern competitors. But human rights groups, such as the International Campaign for Human Rights in Iran, say IRIB is still using its broadcasts for forced confessions, posing an awkward dilemma for the satellite providers.

Satellite companies cannot be asked to monitor and filter a country’s television, said an Intelsat spokeswoman. “We are a mirror in the sky,” she said, adding that decades-old treaties obligate Intelsat to provide service to Iran.

A Eutelsat spokeswoman said it’s for authorities to decide if a nation’s broadcaster should be blacklisted–the provider’s job is to comply with the laws. “We believe that’s the responsibility of regulators,” she said. “Each party has to do their own job.”

Paul Argenti, a corporate communications professor at Dartmouth College Tuck School of Business, says the risks of re-entering Iran are outweighed by the potential benefits of helping a country become more connected with the broader world. The danger is that if something “so egregious”ends up being televised, Mr. Argenti said, that the public questions “‘how do you allow that to be broadcasted?’”

But the satellite companies also allow programming like Voice of America Persian and BBC Persian Television to be shown in the country, giving Iranians a rare outside perspective in their own language. And because the negotiations with the U.S. have provided Iranians more access to outside programming, said Mr. Argenti, satellite companies can tout their role in positive progress.

“They can be part of a new wave of thinking,” Mr. Argenti said. “There is risk but because you have the State Department and Iran doing a slow dance in the right direction, the pluses outweigh the minuses,” he said.