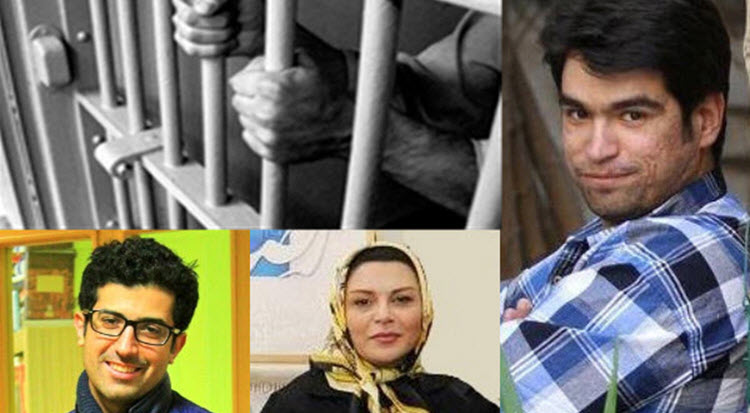 London, 29 Apr – Four Iranian journalists and media workers received a cumulative total of 27 years jail time. David Asadi was sentenced to 10 years for gathering information, colluding to disrupt national security and having ties to foreign governments. Despite not actually being a journalist himself, Asadi is the brother of Houshang Asadi co-founder of the exiled Rooz Online opposite website. Mahmoud Alizadeh-Tabatabaee who represented three of the defendants told the state-run Tasnim News agency Saman Safarzai, who writes for the Andishey-e Puya magazine and Afarin Chitsaz, an actress and columnist, were given five year sentences. Ehsan Mazandarani, a managing-director of the Farhikhtegan newspapers received a seven year sentence.

The four were arrested in raids on 2 November 2015. Recent months have seen a crackdown on writers, journalists and artists in Iran. In February, when elections were held, many individuals were pre-emptively arrested. The journalists have 21 days to appeal against their sentences. International groups such as the Committee to Protect Journalists issued strong condemnations of the arrests which come at a time when Iran is being integrated slowly back into the global community and economy.

Accusations of espionage on behalf of the United States and United Kingdom demonstrates the Iranian government’s commitment to pursuing its perceived independence from Western imperialism. The Iranian-American journalist Jason Rezaian was released in January 2016 after 18 months of imprisonment at the notorious Evin Prison. The establishment credentials of some of the detained individuals shows the extent that the Iranian government is willing to hunt what it perceives as plants or agents. There is widespread imprisonment of journalists from the whole strata of Iranian society. Editors from well-known media outlets are just as vulnerable as citizen journalists who post on social media. Ethnic minorities also face attempts to curtail their work, the Kurdish population is heavily targeted.

Reporters Without Borders have stated that several journalists have serious medical problems that are not being dealt with by the government. Medical advice is being disregarded, this is not specific to journalists or political prisoners, Iranian jails are known around the world for their brutality and dire conditions.

“Convicting journalists for ‘acting against national security’ underlines the need to change the overbroad laws that lead to the harassment and jailing of the media. Iranian authorities must cease imprisoning journalists”, saidSherif Mansour, CPJ’s Middle East and North Africa program coordinator.