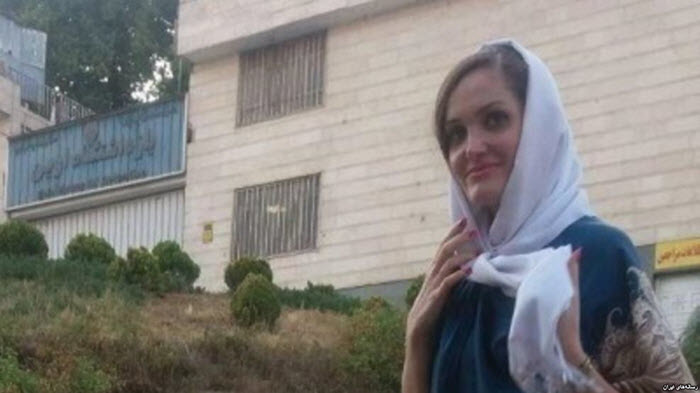 London, 26 Jul – An Iranian Christian woman held in the infamous Evin Prison since July 15, 2013, has now spent over three weeks on a hunger strike.

Maryam Zargaran, who has been denied release despite her developing Multiple Sclerosis and long-term heart condition began her second hunger strike on July 5 protesting the treatment she has received in prison. Reports say that she has become very weak. After their recent visit, Zargaran’s family said that she refuses to receive treatment at the prison clinic because staff mistreat her there.

Prison physicians have confirmed in a report that she is has heart disease and is in the beginning stages of MS. They also state that she suffers from severe anemia, diabetes, and high blood cholesterol.

Still, according to a report on Monday, the Iranian Ministry of Intelligence continues to refuse to grant Zargaran’s release.

She was imprisoned for her assistance to American Pastor Saeed Abedini, who himself spent three and a half years in prison in Iran before being released to return to America, where he has been speaking out against the persecution of Christians in Iran, and against Zargaran’s treatment. On Saturday he wrote on Facebook: “Today is day 20 of Nasim hunger strike and NO [response] from anyone.” He has also criticized women’s rights activists for not advocating for her release.

Zargaran has spoken out against her illegal arrest and interrogation, which she says are part of the reason why she went on a hunger strike, and she’s called for an “immediate and unconditional release”.

Her mother has also been pleading with Iranian authorities to release her daughter because of her serious health issues, but despite her daily appeals, officials have not given her “a solid answer”.

Pastor Abedini spoke at the National Council of Resistance of Iran’s “Free Iran” convention in Paris, earlier in July, and vowed that, “We will soon see this rebellion in our country, in our hearts, and in our world, because Jesus Christ is bringing this message. The resurrection of the Iranian people shall arrive very soon.”

Iran’s economic experts and analysts who have access to...

The Iranian plateau is sinking. According to Mostafa Fadaeifard,...