Maryam Rajavi Condemns Attack and Murder at Church in France 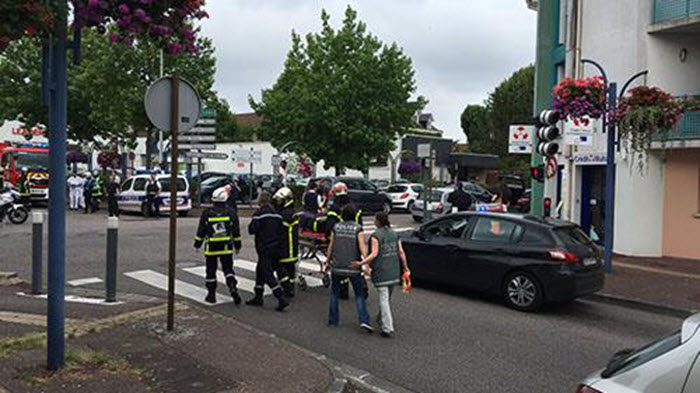 Paris, 26 Jul – Maryam Rajavi, President-elect of the National Council of Resistance of Iran, condemned the terrorist attack on a church in northern France and the murder of its elderly priest.

In a statement on July 26, she called this atrocity, “barbaric” and “cowardly”, and described it as being “in diametric contrast to the teachings of all major religions and humane values.”

Rajavi sent her condolences to the people, government and Church of France.

“The people of Iran who have been engaged in a fierce battle with the Godfather of Daesh (ISIS/ISIL) for the past 37 years, are united in the grief of and feel enormous solidarity with the people of France in these truly painful moments”, Rajavi said.

This crime is a reminder of the offenses against the people of Iran, whose Christian and Sunni religious leaders, and even the Shiite clergy, have been persecuted over the past 37 years, she said.

Reuters: A gasoline tanker, which shipping sources said was...

Reuters: Britain said on Tuesday it would re-open its...