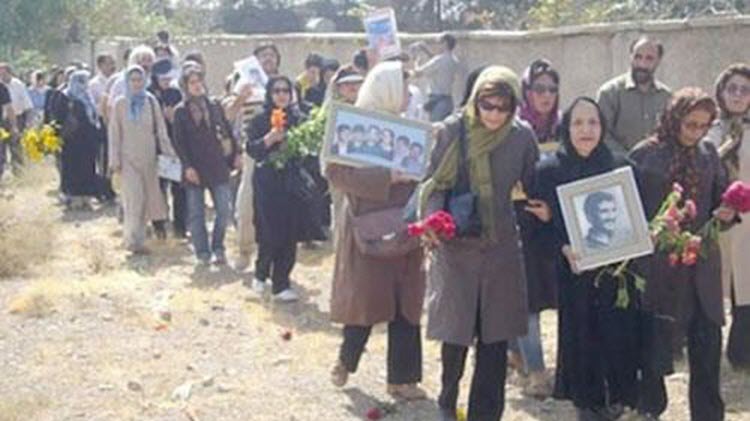 In his article for The Hill, Shahriar Kia, talks about the recent executions in Iran, when on August 2 a possible 33 people were sent to the gallows.

Iranian opposition leader Maryam Rajavi of the National Council of Resistance of Iran (NCRI) condemned Tehran’s mass execution of Sunni prisoners as “an appalling crime against humanity,” she said, adding,  “The mullahs’ anti-human regime carried out the mass execution of our Sunni brothers on the anniversary of the 1988 massacre of 30,000 political prisoners in Iran. They are trying in vain to contain the volatile social atmosphere and popular protests by terrorizing the public.”

The Iranian Diaspora communities across the globe are marking the 28th anniversary of the 1988 massacre of more than 30,000 political prisoners in Iran over the course of a summer. Their voices will be heard and they will raise awareness about  Iran’s human rights record.

Kia, a press spokesman for residents of Camp Liberty, Iraq, and members of the People’s Mujahedin Organization of Iran opposition group (PMOI, also known as MEK), says that, “This marks one of Iran’s most atrocious mass executions in recent times. Iranian judiciary officials claim 20 of the victims were Sunni Kurds, executed in Gohardasht (Rajaie Shahr) Prison in Karaj, west of the capital, Tehran.  The victims had denied all charges raised against them, and in video clips and text posted on the Internet revealed they had spent time in solitary confinement and placed under torture.”

Accusations of coerced confessions through torture and other banned methods is nothing new for Iran, and the number of executions continues to grow, including juveniles being sent to the gallows.

This, when according to Magdalena Mughrabi, Deputy Middle East and North Africa Program Director of Amnesty International,  says that International law, including the Convention on the Rights of the Child to which Iran is a state party, absolutely prohibits the use of death penalty for crimes committed when the defendant was under 18 years of age.

Shahram Ahmadi, amongst the recently executed, spent nearly three years in solitary confinement, and was sentenced to death after a “five-minute” trial without a lawyer present.

“United Nations High Commissioner for Human Rights Zeid Ra’ad al-Hussein issued a statement condemning this mass execution of Sunni Kurds in Iran as a “grave injustice.” The High Commissioner expressed his doubts over the fact that these individuals ever received a fair trial. Al-Hussein also referred to Ahmadi’s case, adding he was forced under pressure to sign an interrogation paper including false allegations raised against him,” according to Kia.

A series of global condemnations from international organizations, followed the execution of the Sunni prisoners in Iran.

In 2015 Iran put 977 people to death, according to Amnesty International. Iran hanged 44 convicted drug traffickers in the span of just two days in 2009. This was one of the country’s largest mass executions to date. “The recent execution of nearly three dozen Sunni Kurds in one day adds to Iran’s already dismal human rights history, especially in the past three years after the “moderate” Hassan Rouhani came to power.” says Kia.

Dr. Ahmed Shaheed, the UN Special Rapporteur on the Situation of Human Rights in Iran, told the UN Human Rights Council – Session 31- on March 14, 2016, “At least 966 persons — the highest rate in over two decades — were executed in 2015. At least 73 juvenile offenders were reportedly executed between 2005 and 2015. In the past two years alone, 16 juvenile offenders were executed.” 160 juveniles remain on death row in prisons across Iran.

Kia concludes, “The shocking stroke of irony in the recent executions lies in the fact that this incident comes as the European Union is reportedly suggesting to launch human rights negotiations with Iran. Any reasonable party figures Iran would at least consider halting executions prior to such talks. However, this proves once again that Iran takes serious only a brazen and decisive language. This should also serve as a lesson on how Iran disregards and in fact abuses any interceding measures and has refused to budge on any of its old tactics after the much boasted ‘historic’ nuclear agreement.”

Iran Threatens to Attack the US in Iraq