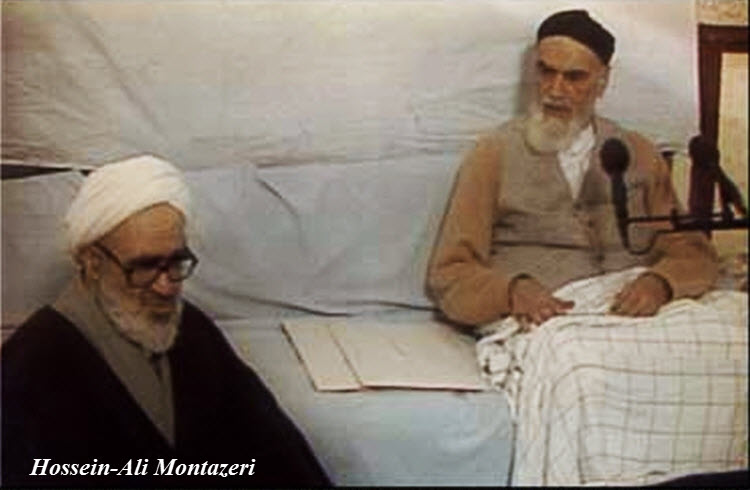 In his article for the August 12 edition of The Washington Post, Brian Murphy talks about Ayatollah Hossein Ali Montazeri, who once was the hand-picked successor to the revolution’s leader, Ayatollah Ruhollah Khomeini.

After Iran’s Islamic revolution, in 1988, the country’s leader-in-waiting faced a decision.  Montazeri could stand by while Iran stepped up a campaign of mass executions, torture and gulag-style imprisonment, or he could follow his conscience and speak out.

His decision to take a stand, came at a high cost. He was declared an enemy of the state, and placed under house arrest for six years.

Murphy writes, “The executions and purges of the late 1980s in Iran are well known and have been examined in books and reports by rights groups such as Amnesty International. Less clear, however, is what transpired at the highest reaches of power during a pivotal period for Iran and, by extension, for the wider region and Tehran’s relations with the West.”

An audio file was posted on a website maintained by Montazeri’s supporters.  It offers a new insights of his last, desperate attempt to slow down the killings and roundups.

Although the importance of this audio file is based on conjecture, Murphy says that, “Had Montazeri been elevated to power, Iran could have taken a very different course.”

He states that, “Montazeri was an unwavering critic of the ambitious reach of Iran’s theocratic state. In broad terms, he felt the spirit of the revolution was betrayed as Khomeini and other clerics consolidated control after the Western-backed shah was ousted in 1979. The clerics, Montazeri believed, should stay on the sidelines as advisers and guides to the nation, while elected officials and hired-on-merit technocrats took the helm.”

Montazeri’s opposition to secret political trials and the summary executions that followed, caused his break with Khomeini and sealed his fate.

In the final months of the country’s 1980-1988 war with Iraq, with the country nearly bankrupt, Iran lashed out at those it deemed domestic enemies: Western-leaning students, ethnic minorities and opposition factions including the Mujahideen-e Khalq, or MEK.

“A full accounting of what’s called the “death commission” created by Khomeini has yet to be carried out. But thousands died — by hanging or firing squad or in places such as Tehran’s Evin prison. According to an Amnesty report in 1990, ‘Thousands of people were executed between 1987 and 1990 including more than 2,000 political prisoners between July 1988 and January 1989.’  The MEK and other groups place the overall death toll much higher,” says Murphy.

“In my opinion, the greatest crime committed during the Islamic Republic, for which history will condemn us, has been committed by you,” Montazeri can be heard saying on the July 1988 tape, to a group of senior judicial and intelligence figures, including Mostafa Pourmohammadi, who now serves as justice minister under President Hassan Rouhani.  “Beware of 50 years from now, when people will pass judgment on the leader [Khomeini] and will say he was a bloodthirsty, brutal and murderous leader. … I do not want history to remember him like that,”  he added.

Although the authenticity of the recording could not be independently verified, officials ordered the audio to be removed from the website, Montazeri’s son, Ahmad, said.

The National Council of Resistance of Iran, (NCRI) which has offices in Washington and other cities, has provided a translation of the 40-minute recording. Translations were also made by various other outlets, such as the BBC’s Persian Service.

President-elect, Maryam Rajavi, of the National Council of Resistance of Iran, urged international prosecutors to use the tape as further evidence, and to press charges for the political slayings of the late 1980s. Murphy says that Mrs. Rajavi noted that some of the officials who helped carry out the purges — such as Pourmohammadi and the others who met with Montazeri “have, from the beginning of this regime to the present day, held posts at the highest levels of the judicial, political and intelligence apparatuses.”

Less than a year after the claimed date of the recording, in June 1989, Khomeini died and was succeeded by a lower-ranking cleric, Ayatollah Ali Khamenei.

“Killing is the wrong way to resist against a thought, an idea,” Montazeri said in the 1988 meeting, referring to those opposing the Iranian leadership at the time. “They have one thought, one idea. Responding to a process, a logic — even a faulty logic — with killing will solve nothing. It will make it worse.”

“We will not be in power forever,” he continued. “In the future, history will judge us.”

Montazeri was placed under house arrest from 1997 until early 2003.  However, he lived long enough to encourage the Green Movement protests,  and to issue a public apology for his participation in the 444-day hostage standoff at the U.S. Embassy that ended in 1981. He died in December 2009.

Murphy notes that,  “At his funeral in Qom, the center of Shiite religious study in Iran, tens of thousands of mourners streamed through the streets. Some pumped their fists in defiant chants against Khamenei and his security forces.”

Iran’s state-controlled media reported Montazeri’s death, but ignored his role in the Islamic revolution, referring to him dismissively as the “rioters’ cleric.”

Iran Focus: A new budget amendment adopted by the...