Iran regime needs to be held accountable for crime against humanity 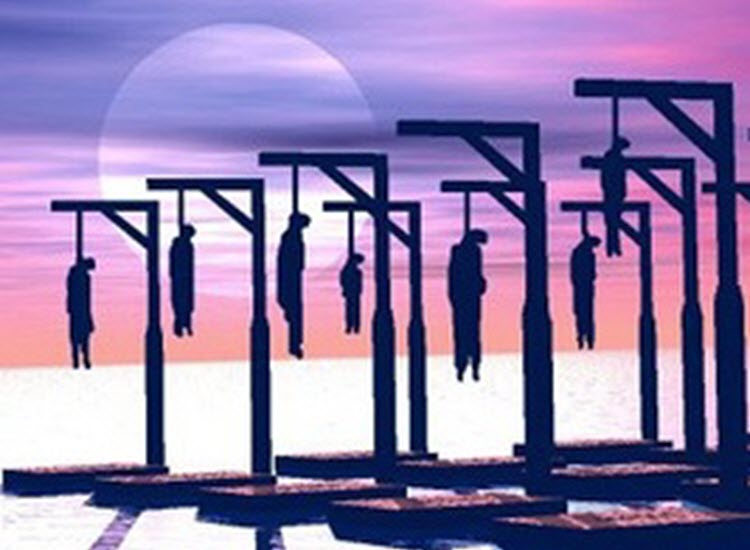 London, 10 October – Shahriar Kia, a political analyst and human rights activist, called for the Iranian regime to be held accountable for the crimes it has committed. The 14th World Day Against Death Penalty is held on 10th October and people will celebrate that several countries abolished the death penalty during 2015.

However, Kia says that we need to raise awareness about the countries that still use the death penalty, one of which is Iran. Over the past year more than 1,000 people have been executed in the country.

In an article on the American Thinker, Kia mentioned the brutal violence that is happening on a regular basis in Iran. One example is the 1988 massacre where more than 30,000 prisoners were killed following orders from Khomeini, the founder and then-supreme leader of the Iranian regime.

Most of those killed were members or supporters of the People’s Mojahedin Organization of Iran (PMOI), the main opposition group that is aiming for a free, democratic, and secular government in Iran.

In August this year, an audio recording was released in which the “Death Commission” were denounced by the late Ayatollah Montazeri who served as Khomeini’s deputy at the time. Montazeri said that the executions were “the biggest crime in the history of the Islamic Republic”.

The 1988 massacre, Kia says, is “an outlook into the real nature of the religious fascism ruling Iran, a nature that will remain regardless of the faces that fill the regime’s showcase of high-level officials”.

He highlights that the international community has done little to punish the crime against humanity. He said: “What’s more, the perpetrators of this atrocity continue to hold positions of power in Iran and continue their crimes with impunity. Mostafa Pourmohammadi, one of the leading members of the notorious Death Committee, now serves as justice minister in the administration of Hassan Rouhani, who is ironically touted by the West as a “moderate” figure in the Iranian regime.”

Kia said that renewing ties with Iran is letting the regime become more “brazen in their crimes” against the people of Iran.

However, politicians and activists across the world are campaigning for justice and calling on the Iranian regime to be held accountable for the 1988 massacre.

Kia said: “Crimes against humanity such as the 1988 massacre and the continued violation of human rights in Iran should not be forgotten or overlooked for the sake of political and economic benefits. The perpetrators must be held accountable and any relations with the Iranian regime must be predicated on the improvement of human rights conditions in Iran.”

In the United Kingdom, 45 law makers and MEPs released a statement requesting justice for the 1988 massacre victims. The statement, which can be read on the National Council of Resistance of Iran’s (NCRI) website, said that those responsible should face trial.

They highlight that human rights abuses take place today “because of the impunity enjoyed by authorities of the Iranian regime in the past three and half decades”. They also point out that those responsible for the massacre remain unpunished and are currently in positions of authority. They give the examples of Mostafa Pourmohammadi, Minister of Justice and Hossein Ali Nayeri, Head of Administrative Court for the Judges.

“We urge the Government to recognise and condemn this brutal massacre as a crime against humanity and ask the UN Human Rights Commissioner, Human Rights Council, the General Assembly and the Security Council to order an investigation and bring the perpetrators to justice. We further urge the Government to back the efforts of Iranian people and the NCRI to make Mrs Rajavi’s 10-point democratic platform a reality in Iran.”