Prisoners of conscience let down by authorities in Iran 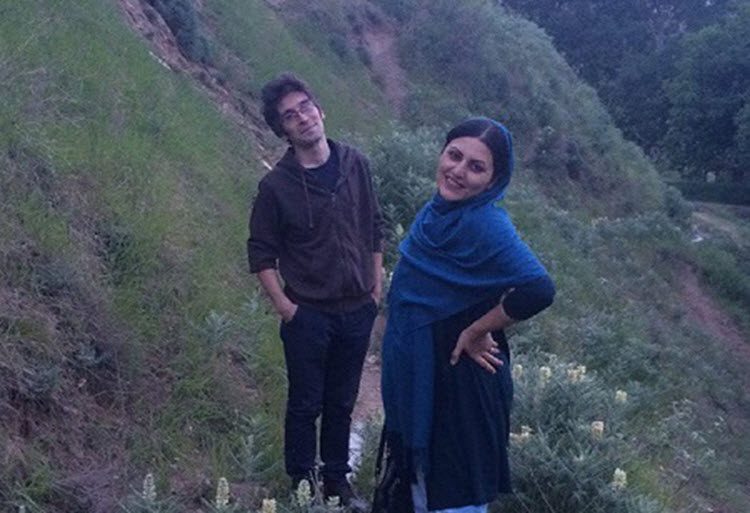 London, 29 Jan – Arash Sadeghi is an Iranian prisoner who is currently serving a 15-year prison sentence in the notorious Evin prison in Tehran. His crime was to participate in peaceful human rights activities.

On Sunday, his wife was arrested and taken back to prison after furlough to continue to serve her six-year sentence. Golrokh Ebrahimi Iraee was originally arrested for “insulting Islamic sanctities” among other charges.

The couple have applied for judicial review and Iran’s Supreme Court is currently assessing this.

Golrokh Ebrahimi Iraee is a human rights defender and writer. When regime agents raided her home, they found a story she had written in which she claimed the practice of stoning was cruel.

IRGC officials picked Golrokh Ebrahimi Iraee up on her way to see her husband who is seriously ill in prison. She was temporarily released from prison on 3rd January.

Research and Advocacy Director for the Middle East and North Africa at Amnesty International, Philip Luther, said that her rearrest is just one more “alarming development in the authorities’ arbitrary and unjust treatment of this activist couple”.
He urged authorities in Iran to stop “all attempts to penalize the peaceful activities of Golrokh Ebrahimi Iraee and Arash Sadeghi in defence of human rights”. He also called for the Iranian authorities to “immediately and unconditionally release them and ensure that their unjust convictions are quashed without further delay”.

Before she was arrested, Iraee informed Amnesty International that her husband’s sentence, as well as her own, had been sent for review by the Supreme Court’s Branch 33. But once again, the process has been obstructed by the Revolutionary Guards who are failing to transfer the court files from its court in Tehran.

She also said that illegalities had taken place since they were arrested and this was admitted by the Associate Prosecutor of Evin Prison in a horrific case of obstruction of justice.

Amnesty International has expressed its disproval of the situation and calls on Iranian authorities to stop inflicting unnecessary pain and suffering on the couple. The organisation also urges authorities to make urgent medical care available to Sadeghi.
In October last year, Sadeghi partook in a hunger strike that lasted 72 days. It was in protest against the imprisonment of his wife. When his wife was released he ended the strike. There was a huge public and international outcry which undoubtedly put pressure on officials to release Iraee.

However, Iraee was supposed to be free until her case undergoes judicial review, meaning the authorities have went against their word.

Following his hunger strike, Sadeghi has been suffering from numerous health issue including gastrointestinal problems, kidney complications and shortness of breath. He is in urgent need of proper medical care which the authorities are refusing.

AFP: An advertisement appeared in a conservative-radical Iranian weekly...