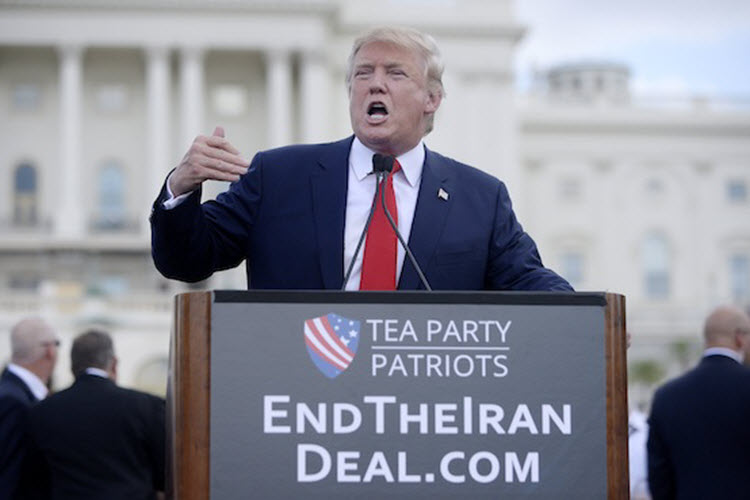 London, 13 Feb – The White House recently put Iran “on notice” and increased sanctions against the mullahs Regime, and a member of the Organization of Iranian-American Communities (OIAC-US) thinks that this could improve human rights in the Gulf country.

Amir H. Heidarian, president of the Iranian American Community of Wisconsin, wrote an op-ed for the Journal Sentinel, in which he noted that this hard-line approach to the mullahs, would likely be beneficial for the ordinary Iranians.

He wrote: “We welcome this messaging, as well as the follow-through that the administration has shown in imposing new sanctions on 13 individuals and 12 companies connected to the Iranian ballistic missile program. We are hopeful that further such sanctions will be used to isolate the IRGC and shrink its influence both at home and abroad. Presently, the hard-line paramilitary controls the majority of Iran’s GDP, is acquiring larger shares of the national budget and is benefiting from President Barack Obama’s misguided nuclear agreement.”

He wrote: “Whether or not this is specifically part of Drumpf’s aim, he is on the right path with his imposition of non-nuclear sanctions and his declared willingness to take more of the same measures.”

Amir explained that under President Rouhani, a so-called moderate, human rights have suffered so much:

• Highest per capita execution rate in the world

• Crackdown on freedom of the press

These issues were brought up by countless human rights organisations, but the American government would not listen.

Amir wrote: “As an Iranian-American, I am grateful that the Obama administration helped relocate 3,000 of my friends and colleagues, members of the principal Iranian opposition movement, the Mujahedin-e-Khalq (MEK), out of Camp Liberty, Iraq. But I am very critical of its utter weakness in dealing with the Islamic Republic.”

MEK members were subjected to rocket attacks from the Iranian Regime whilst in exile in Iraq, despite being designated protected persons by the UNiited Nations.