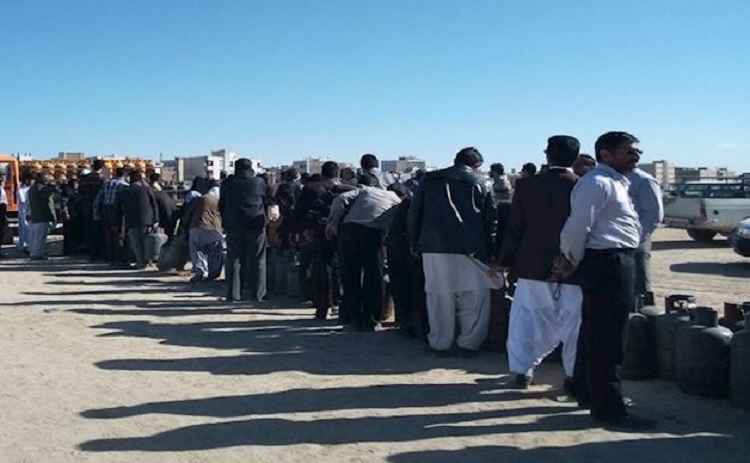 On November 15, the impoverished people of Iran began protests against the gasoline price hikes across dozens of provinces. The protests that initially targeted the supreme leader Ali Khamenei were dealt a violent response by the oppressive apparatus

including the Revolutionary Guards (IRGC) and its paramilitary branch Basij. Security forces along with IRGC agents have killed more than 1,500 youths to quell the people’s eagerness for freedom, justice, and equality.

Surprisingly, the Iranian president Hassan Rouhani was making efforts to insinuate the outraged people that they will benefit from the revenues of hikes, while he turned a blind eye to the blood of innocent people in the streets. At the time, this disgusting deceit was circulated in the state-run media to despair demonstrators.

Compensation for the Budget Deficit, the Main Reason for Rising Gasoline Prices in November

In recent months, several Iranian officials including the president frequently announced that the government is facing a severe budget deficit. On November 22, Rouhani said that the “annual budget of the country is around $40 billion.” He exposed that his administration is supposed to compensate one-third of this budget with tax collection. However, at the time, he didn’t deliver an explanation of how his administration would like to offset the remaining deficits. Of course, Rouhani planned to resolve the problem at the expense of the people like the sudden rising of fuel prices at midnight on November 15.

“The [Rouhani] Administration wants to put its hand in people’s pockets and cover the budget deficit at the expense of the people… There are no signs of [compensation for deficits] by resorting to factors such as the liberalization of gasoline rates, economic reforms, etc. at the status quo. The mentioned factors are deviations and excuses alone,” the Anadolu news agency quoted Navid Jamshidi, an Iranian economic expert, as saying on December 3.

In truth, economic conditions in Iran are much more terrible than could be rectified via hikes of the gasoline price alone. In this respect, the government is envisaged to impose more economic shocks including the raising of diesel fuel, liquefied gas, and other items.

On the other hand, for many years, systematic corruption has engulfed the structure of government-linked offices such as the controlling organizations of oil and gas. This corruption prevents the updating of the gas carrier network. Therefore, after years of wasteful use of gas networks, the problems are emerging and disturbing the country’s transportation functions.

Notably, Rouhani had vowed to improve the oil industry, but this promise also remained in vain along with his other promises. In this context, the Majles [parliament] Research Center suggested the administration to raise the price by ten percent annually, which shows the government’s concerns about igniting the people’s wrath once again and beginning a new round of protests.

“The Majlis Research Center has also recommended that [in next year’s budget bills] the administration increase the price of liquefied gas on the domestic market by ten percent each year. Due to the cost of gas production and distribution has increased by 36 percent and estimated around 13 trillion tomans [$1 billion],” the IRGC-owned Tasnim news agency published on January 27.

The Iranian government sees energy carriers such as oil, gas condensate, and petrochemical products as the main revenue to manage its projects’ expenditures. In this regard, officials look for any route that enables them to export energy carriers and import currency into the country. However, the government deals with many problems and obstacles for exporting these huge reserves despite the country possessing the third global rank on natural gas resources.

In such circumstances, the main reason for raising the liquefied gas price– that was previously supposed to be offered to the people for free– is prostration and desperation of the government over the economic crisis. Also, the government has no sources to cover its expenditure except raising prices, rationing fuel and prior needs, and tax collection.

Currently, only two countries are importing natural gas from Iran – Iraq, and Turkey. Meanwhile, the Iraqi government pays no money to Iran in return for purchasing natural gas. Iraq delivers essential commodities as parts of the payment and saves remained payments in its banks like deposits. This country is banned to pay money to the Iranian government until the U.S. issues permission. Until then, the Iraqi government must obey regulations of U.S. sanctions and hold onto Iranians’ assets.

“The Iraqi government is depositing money in dinars into a central bank [of Iraq]. However, Due to [U.S.] sanctions and banking [restrictions], there is no route to transfer that money to [Iran]. Therefore, it has deposited $4-5 billion in the account of the Iraqi Central Bank,” IRNA news agency quoted the spokesman of the Petroleum Exporters’ Union Hamid Hosseini as saying on January 29.

Turkey, as the second importer of Iran’s natural gas, has decreased its imports from Iran by one-third. At present, this country imports only about 16 percent of its required gas from Iran. Notably, the Turkish government is importing Iran’s natural gas to merely balance their energy market with other exporter countries like Russia, the U.S., etc.

“Statistics from the Turkish Energy Market Regulatory Office show that the amount of Turkish gas imported from Iran in August 2019, has decreased by one-third in comparison with the same period in the last year. Statistics show that Iran exported only 160 million cubic meters of gas to Turkey in August, while according to the joint contract with Turkey, this county was supposed to import an average of 833 million cubic meters of gas from Iran per month,” Deutsche Welle Persian published on November 1.

Lack of Receiving the Currency from the Gas Sale

Although the Iranian government suffers from not finding customers for gas– given the customers’ concerns about the impact of U.S. sanctions– however, the main obstacle for Iranian authorities is not receiving the currency from the sold gas.

Additionally, the country’s petrochemical industry faces serious challenges to keep the gas system up to date. For instance, the gas field “South Pars” can cover more than 25 percent of domestic required gas. However, during the upcoming years, this field will enter its mid-life, which accelerating declines of its producing capacity and resulted in unclear fate for the natural gas exports. In this respect, the ayatollahs find no way before themselves except imposing more pressure on the people while their state has lost its all revers of compensation for the budget deficit.

On the other hand, people’s reactions are expected more than ever before. The fact is the Iranian people who struggle hard to make ends meet have nothing more to lose. Over the past 40 years, the Iranian people’s share of the national resources and wealth was more property, misery, and unemployment. Also, it should not be forgotten that authorities have recently killed more than 1,500 protesters, mostly youths, and arrested 12,000 others. These crimes and plunders, which have been institutionalized in the Islamic Republic regime, raise the public wrath against rulers alone. The people believe that the ayatollahs and their opportunist children and vast nepotism among authorities’ relatives are the roots of their problems, particularly economic ones. Therefore, they see the sole solution in a fundamental change and bringing down the current shape of the governing system and replacing it with a democratic, secular government that takes its credit through ballot boxes alone.

Egypt sees Iran “on a surge” in Arab world

Reuters: Egypt sees Iran "on a surge" in the...