Parliament Votes on Halt to Drug-Related Executions in Iran 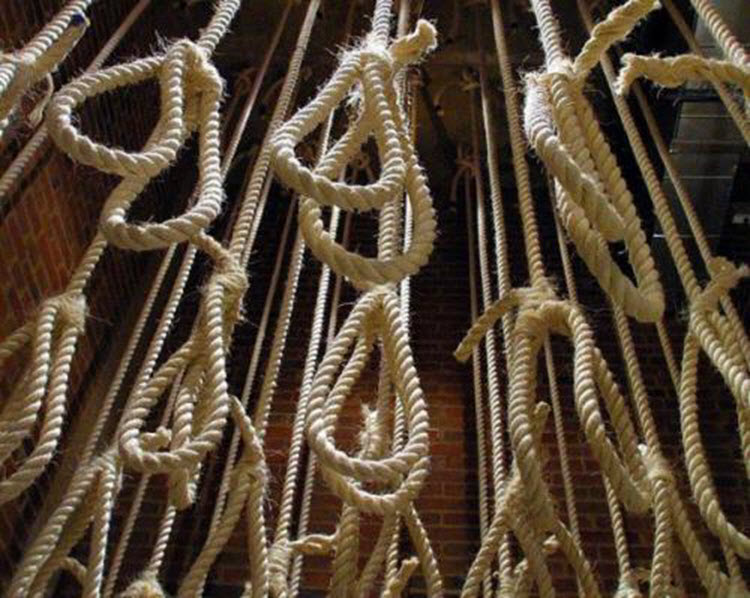 London, 20 Jul – Human Rights Watch said today that the Iranian government should immediately halt all executions for drug-related offenses while parliament debates amendments to reform the country’s drug law. In two weeks Parliament is expected to vote on an amendment to the drug law that will drastically raise the bar for a mandatory death penalty sentence.

Sarah Leah Whitson, Middle East director at Human Rights Watch said, “It makes no sense for Iran’s judiciary to execute people now under a drug law that will likely bar such executions as early as next month. It would be the height of cruelty to execute someone today for a crime that would at worst get them a 30-year sentence when this law is amended.”

Parliament approved a proposal on July 16, 2017, to amend Iran’s 1997 Law to Combat Drugs to limit the death penalty for some nonviolent, drug-related offenses, but then parliament sent the draft legislation back to the parliamentary judiciary commission to deliberate the proposed changes for certain offenses.

At least ten offenses, including some that are nonviolent, are punishable by death under Iran’s current drug law, including possession of as little as 30 grams of synthetic drugs like methamphetamine. The death penalty is also mandated for trafficking, possession, or trade of more than five kilograms of opium or 30 grams of heroin; repeated offenses involving smaller amounts; or the manufacture of more than 50 grams of synthetic drugs.

146 members of parliament introduced a draft amendment on December 6, 2016, seeking to replace capital punishment for drug offenses with imprisonment for up to 30 years. The death penalty would be allowed if the accused or one of the participants in the crime used or carried weapons intended for use against law enforcement agencies. As well, the death penalty would apply to a leader of a drug trafficking cartel, anyone who used a child in drug trafficking, or anyone facing new drug-related charges who had previously been sentenced to execution or 15 years to life for drug-related offenses.

The judiciary commission retracted part of their proposed amendments on July 9th, under pressure from the judiciary and administration. It added the death penalty for nonviolent charges of “production, distribution, trafficking, and selling” of more than 100 kilograms of “traditional” drugs like opium, or two kilograms of synthetic drugs such as methamphetamine. Also restored, is the death penalty for possession, purchase, or concealing more than five kilograms of synthetic drugs. The death penalty would only apply in those cases where the accused had previously been sentenced to more than two years for drug-related offenses.

Hasan Noroozi, the commission’s spokesman, told IRNA news agency on July 18th, that the commission is adding “possession, purchase or concealing” 50 kilograms of “traditional” drugs to the offenses punishable by death.

Last April, the commission proposed that the amendments be applied retroactively, which would dramatically reduce the number of people currently on death row in Iran. In addition, in early July, judiciary commission members asked the judiciary to suspend executions of drug offenders until parliament could vote on the bill.

A review of the Norway-based Iran Human Rights Organization’s database, which documents executions in Iran, by Human Rights Watch, shows that Ghezelhesar and Karaj Central prisons have carried out no executions since the beginning of Ramadan, but that other prison authorities in Isfahan, Western Azerbaijan, Kurdistan, Sistan and Baluchestan, and Khorasan Razavi, have continued to execute people convicted of drug offenses. The group said that at least 39 people have been executed since July 5 on drug-related charges. Additionally, Human Rights Watch has repeatedly documented serious violations of due process, torture, and other violations of the rights of criminal suspects facing drug-related charges.

Iran has one the highest rates of executions in the world. According to Amnesty International, in 2016, Iran executed at least 567 people, the majority for drug-related convictions. In December 2016, the parliamentary judicial committee spokesman Noroozi, urged parliament to amend the law, stating that several thousand people are on death row for drug related offenses, most of them ages 20 to 30.

Reuters: Companies and individuals that invest in Iran's energy...

Bloomberg: Iran increased its output of enriched uranium that...