U.S. Report Says Iran Responsible for More Attacks and Deaths Than Any Other Group in 2016 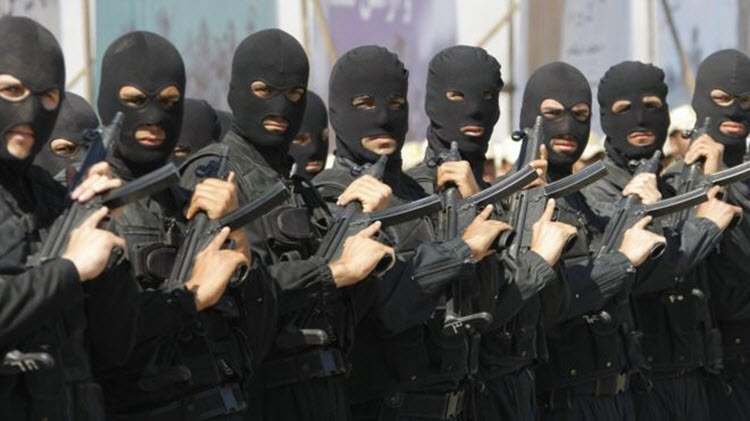 London, 20 Jul – In a new report on Wednesday, the Trump administration said that Iran continues to be the world’s leading state sponsor of terrorism. The report also noted that between 2015 and 2016 the number of terrorist attacks has declined, globally.

The State Department’s annual “Country Reports on Terrorism” said that Iran was firm in its backing of anti-Israel groups as well as proxies that have destabilized conflicts in Iraq, Syria and Yemen. Additionally, Iran continues to recruit in Afghanistan and Pakistan for Shiite militia members to fight in Syria and Iraq, and Iranian support for Lebanon’s Hezbollah movement remains unchanged.

The report also said that the Islamic State is responsible for more attacks and deaths than any other group in 2016. In 2016 it carried out 20 percent more attacks in Iraq than in 2015, and that its affiliates have participated in more than 20 countries.

Many of the activities cited in the report are identical to those detailed in previous reports, as Iran has been designated a “state sponsor of terrorism” by the State Department and subjected to a variety of U.S. sanctions since 1984. However, this year’s report comes as the Trump administration plans to complete a full review of its policy on Iran next month.

Trump has been critical of the Iran nuclear deal, but reluctantly certified that Iran remained entitled to some sanctions relief under its provisions, earlier this week.

“Iran remained the foremost state sponsor of terrorism in 2016 as groups supported by Iran maintained their capability to threaten U.S. interests and allies,” said the report, released just a day after the administration issued new sanctions on Iran for its ballistic missile activity. Many of the sanctions were imposed on affiliates of Iran’s Revolutionary Guard Corps, who, according to the report, play “a destabilizing role in military conflicts in Iraq, Syria and Yemen.”

The report added that Iran has publicly acknowledged its involvement in Syria and Iraq, and that Iran used a unit of the IRGC, the Qods Force, “to implement foreign policy goals, provide cover for intelligence operations and create instability in the Middle East.” It said also that Hezbollah worked closely with Iran to support Syrian President Bashar Assad’s government to maintain and control territory, and with Iran’s support, Hezbollah continues to develop “long-term attack capabilities and infrastructure around the world,” it said.

The report also stated that Iran is supplying weapons, money and training to militant Shia groups in Bahrain, that it maintains a cyberterrorism program, and criticized its refusal to identify or prosecute its detained senior members of the al-Qaida network.

Sudan and Syria were also identified as “state sponsors of terrorism,” as they were in previous reports.

Some sanctions against Sudan were suspended in recognition of that country’s improved counterterrorism record, near the end of the Obama administration, and the Trump administration extended those suspensions by three months, early in July. Counterterrorism is now a national priority for the Khartoum government, and the report said that Sudan “is a cooperative partner of the United States on counterterrorism, despite its continued presence on the state sponsors of terrorism list.”

According to statistics compiled for the report by the National Consortium for the Study of Terrorism and Responses to Terrorism at the University of Maryland, the total number of terrorist attacks in 2016 decreased by 9 percent from in 2015, which was accompanied by a 13 percent decrease in deaths from such attacks over the same period.

Reuters: An Iranian Oil Ministry source played down on...

AFP: US lawmakers on Tuesday launch a debate aimed...