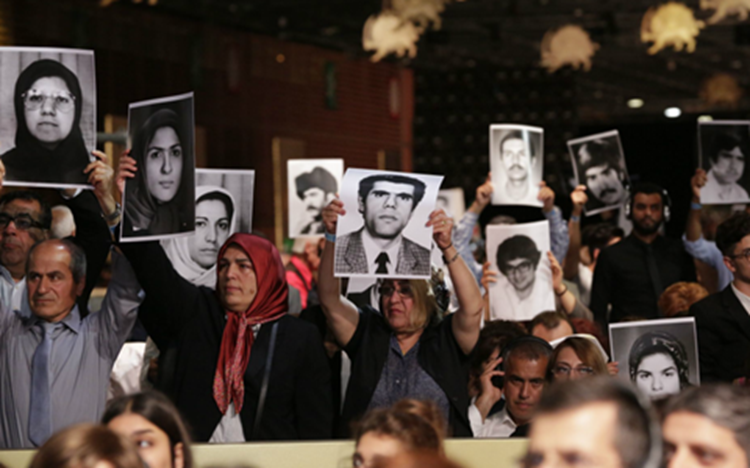 London, 2 Aug – At Gohardasht prison, on July 30, 2017, a group of political prisoners issued a statement that condemned the massacre of at least 30,000 victims in Iran during the summer of 1988. They called for justice on the perpetrators of this crime, demanding that they be held accountable.

The statement of the political prisoners held in Gohardasht prison in Karaj reads as follows:

“On the anniversary of the massacre of political prisoners in July 2017, while its perpetrators and instigators in high government positions openly confessed to their crimes and occasionally felt proud of that massacre, and while murderers such as then Minister of Intelligence, Ali Fallahian said even if someone only had read a newspaper his was sentenced to death, and unfortunately the world has been silent about it so far.

“We, the political prisoners who have already seen massive violations of human rights in the prisons of this government, sincerely appreciate the restless efforts of those involved in the justice movement, and in particular the tireless efforts of Mrs. Rajavi, to prosecute all perpetrators of that brutal massacre, and in line with this, we are requesting assistance from our countrymen in providing any evidence, photographs and news of the martyrs of that incident and the address of its mass graves and in short, any assistance and information to this justice movement.

“The fact is that the absence of trial and accountability for the perpetrators of that massacre has resulted in its contemporary executions and gross violation of human rights even to this day.

“There is no single day when we don’t witness execution of some of our cellmates or announcing the date of their executions, writing off their birth certificates and a lot of transfers to solitary confinement for the implementation of death sentences. Meanwhile, every opening of the door in each section of the prison ‘can be a death bell’ and the only meaning of time is the horrible waiting for execution.

“Therefore, our request and appreciation from all the compatriots and activists of the justice movement for the purpose of prosecuting the perpetrators and murderers, is the request of those who stand in front of or under the noose!

“The recent sanctions imposed against the Revolutionary Guards (IRGC), are the sanctions of the main leverage of suppression and repression; sanctioning the IRGC prevents using Iranian people’s assets and resources for the killing of people of Iran and the region, and this will be a joy to every free Iranian.

“As the Iranian resistance turned the nuclear mischief of the Iranian regime to a nuclear trap for the regime itself, in this justice campaign as Mrs. Rajavi said, may the nooses they used for the Iranian youth become a fire ring on the neck of perpetrators of that crime and an epic to save Iran and to register in history.”

AP: An insurgent group in southeastern Iran has announced...

Reuters: Iran announced on Monday it had begun the...