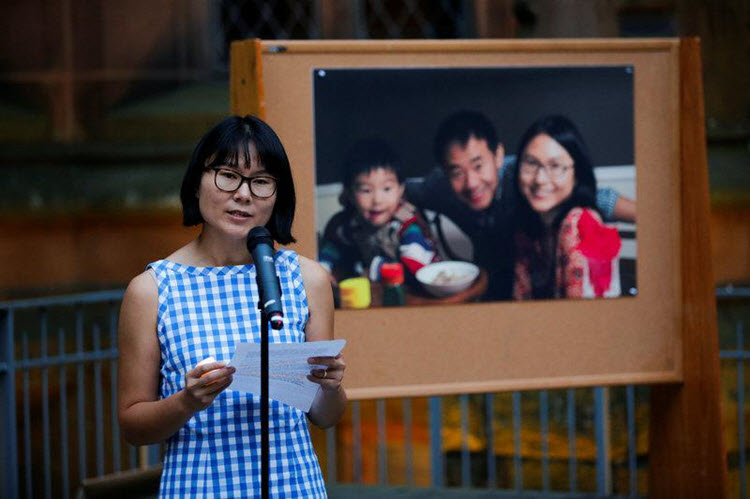 London, 18 Sep – The Iranian regime has a history of detaining foreigners in its prisons. At the minute, there are said to be three Americans in the notorious Evin prison in the country’s capital. There is Siamak and Baquer Namazi, an Iranian-American businessman and his elderly father – both charged with espionage. The third one is Xiyue Wang.

Wang travelled to Iran between January and March 2016, returning a few months later in May. Two months after that, Wang’s passport was taken from him and he was arrested not long later. Like the Namazis, Wang was charged with espionage.

Princeton University hired a lawyer for him when he was charged in February this year, and convicted in April. He has been sentenced to ten years in prison.

His wife, Hua Qu, in her first proper interview since Wang’s arrest, said that her husband will sometimes wake up in prison and wonder where he is. She said that he often dreams about being back at the library at Princeton University where he worked on his dissertation on governance systems in Central Asia.

Thirty-six year-old Wang was arrested over a year ago while carrying out doctoral research in the Islamic Republic. He was born in China and became a naturalised citizen of the United States.

Hua Qu said that she often forgets what her husband looks like.

His friends describe him as a dedicated scholar, caring father to his four year-old son, a talented cook and a selfless friend.

The Obama and Trump administrations, Princeton University and Ms. Qu kept the news about Wang’s arrest and detention quiet with the hope that they could arrange for him to be let go from Iran on humanitarian grounds.

However, the silence was finally broken when the authorities in Iran announced his sentence in July. In August, Wang’s appeal was lost. Ms. Qu now want the public’s attention drawn to the case so that it can hopefully be resolved diplomatically.

She said that the US should engage with Iran more frequently than just quarterly meetings to talk about the 2015 nuclear deal and said that a brilliant opportunity would be in New York at the United Nations General Assembly which is about to take place.

Last Friday, students at Princeton University held a candlelit vigil for Wang. Ms. Qu took the opportunity to call on the government to stand up for Wang and to defend the values of academic freedom that drew him to the United States in the first place. She said that she hoped the US will stand up for her husband in the way that he stood up for American values.

A spokesperson from the State Department said that the administration is taking every effort to ensure that all Americans detained unjustly abroad will be brought home.

In fact, a few months ago, President Trump said that there would be “new” and “serious” consequences for Iran if it did not release the Americans it had imprisoned. No further details about what the consequences would be were given.