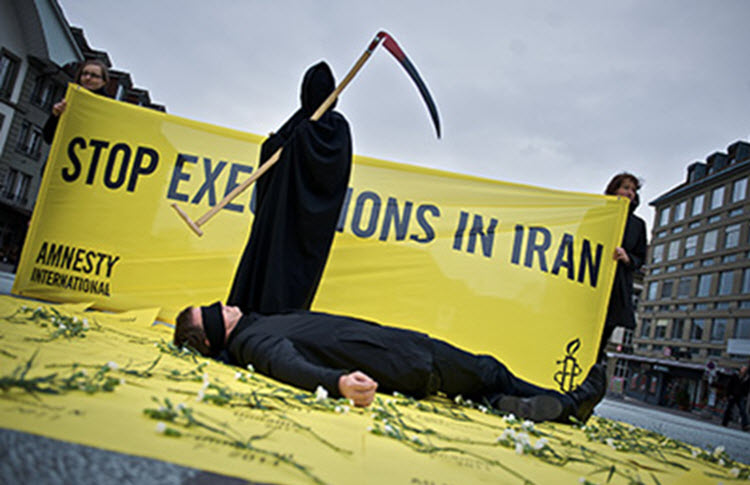 London, 13 Apr – In 2017, the number of death sentences and executions carried out declined overall across the world. This is partly due to the measures that have been taken in Iran – one of the top five executioners in the world.

Human rights watchdog Amnesty International released their report regarding the situation of capital punishment across the world recently and indicated that Iran is now putting limitations on executions carried out for drug-related crimes.

During the course of 2017, there were at least 993 executions carried out – a significant drop from 2015 when the figure was at least 1,600. Over half of the recorded executions took place in Iran.

Worryingly, Iran is still executing people who committed their crimes before the age of 18.

Amnesty International said that the human rights situation in Iran with regards to execution as a form of punishment is extremely troubling. The organisation’s adviser on the death penalty, Chiara Sangiorgio, said that the Islamic Republic is in “clear violation of protections established by international law and standards”.

Most of the executions there take place by hanging, and there were at least 31 executions carried out in public last year.

In Iran, the death penalty was handed to prisoners who had been denied a fair trial. Often the prisoners have been unlawfully arrested and are denied due process. Often, access to a lawyer is denied and the charge is sometimes never made known.

Prisoners in Iran are often tortured, very frequently to extract a false confession. Iranian authorities have been known to broadcast so-called “confessions” before the trial is heard. Amnesty International emphasises that this is a major violation with regards to the presumption of innocence.

The secretary-general of Amnesty International, Salil Shetty, said that there is a positive move forward, but there are still some urgent steps that need to be taken, especially with regards to the horrific practice of state killing.

Shetty said: “The death penalty is a symptom of a culture of violence, not a solution to it. We know that by galvanizing the support of people worldwide, we can stand up to this cruel punishment and end the death penalty everywhere.”

Executions are just one example of the issues faced by the people of Iran who are routines harassed and oppressed by Iran’s forces. Human rights violations take place on a daily basis and the people are denied freedom in many areas of life – from how they socialise, to what they worship and who they socialise with.

However, the Iranian people are calling for regime change because they know that it is their only hope of freedom and democracy. At the end of December, the people took to the streets to protest against the economic issues that are plaguing the country. However, the protests quickly became anti-government demonstrations that the authorities tried to suppress with force.

The Iranian government rules with fear but the people are risking arrest, imprisonment, torture and even execution to show the authorities that it will not accept this.