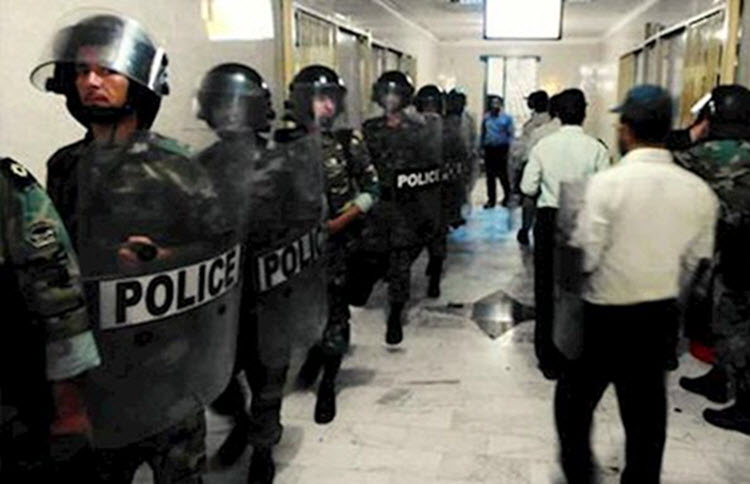 London, 26 Oct – The human rights situation in Iran is very worrying and every day we hear new reports about the mistreatment of prisoners in the country.

A large number of prisoners of conscience are held in Rajai Shahr Prison where they are routinely denied medical care, beaten, deprived of fresh air, deprived of adequate sustenance, and so on.

Earlier this year, a number of prisoners were ordered to move to Ward 10 of the prison. Ward 10, before the transfer happened, was already full of inmates that were living in appalling conditions.

It has been suspected – and is indeed very plausible – that the prison authorities are taking measures to push the political prisoners to breaking point so that they lose their resolve and determination.

Several political prisoners urgently need medical attention but they are denied it. The prisoners face further suffering now that the colder weather is coming in. Additionally, the season will bring colds and flus that will spread like wildfire among the inmates and endanger the lives of the most vulnerable.

The prisoners are currently dealing with the lack of heating and are purchasing their own heaters. However, prison guards are not letting them use the heaters. During the summer, the prisoners had to endure very different conditions – they were left to suffer the effects of the extremely hot weather without a cooling system in place.

The political prisoners that were moved to Ward 10 are also being denied recreation time. Despite the recreation area being empty for hours a day, they are being denied fresh air.

Many of the prisoners have also been subjected to brutal attacks. Verbal harassment, the denial of essential medication, aggressive body searches and the insulting of the prisoners’ families are tactics employed by the guards on a regular basis.

One of the political prisoners being denied medical care is Saeed Shirzad, a political prisoner accused of assembly and collusion against national security. He is currently suffering from a herniated disk and lower back. Another is Arash Sadeghi, a political prisoner that has recently had extensive surgery for a type of bone cancer. He has been severely mistreated during the pre- and post-operative stages, including being beaten on the arm that was operated on.

Shahram Pourmansouri has a herniated disk and a spine disorder that doctors say need immediate surgery. Hassan Sadeghi and Mohammad Banazadeh Amir Khizi have joint pain that requires urgent medical attention and Majid Assadi has duodenal ulcers and suffers from gastrointestinal disease. Aboulghassem Fouldadvand, on the advice of doctors, also needs medical treatment and should be hospitalised for arterial plaque.

More and more accounts from political prisoners in Iran show that this kind of treatment, or rather mistreatment, is the norm. Iranian government is trying hard to crack down on dissent but it is very clear to see that the people of Iran, including the political prisoners, will not be deterred by threats of violence.

In fact, it seems that as the suppression increases, so does the resolve of the people.

The Times: The White House said yesterday that it...