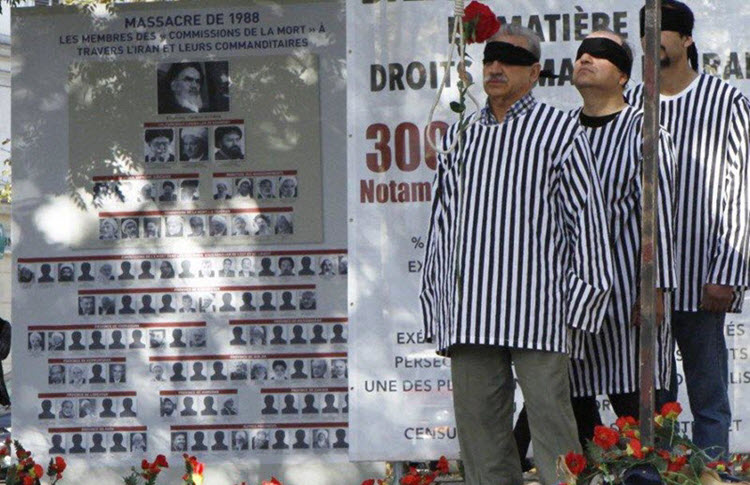 An investigation into the crimes against humanity committed by the Iranian dictators has been called for after an Amnesty International statement was published by the United Nations General Assembly.

The statement specifically involved the 1988 massacre where, over the course of just two months, 30,000 political prisoners were “forcibly disappeared and extrajudicially executed” and their bodies dumped in unmarked mass graves.

This crime has been compounded by the fact that the government has always kept the families of the victims in the dark about the fate of their loved ones and have destroyed mass grave sites in order to cover up the massacre. Amnesty has previously said that this constitutes an ongoing crime against humanity.

Amnesty wrote: “Given their widespread and systematic nature, Amnesty International considers that the extrajudicial executions and the ongoing enforced disappearances amount to crimes against humanity, and is calling for urgent action by the international community. No official has ever been brought to justice for these atrocities. Indeed, key judicial and government bodies which must ensure victims receive justice include officials who were tasked with carrying out the killings in 1988.”

It is imperative that the United Nations Human Rights Council end the impunity that the mullahs enjoy. Amnesty called on all countries to support the cause and extend the mission of the UN Special Rapporteur on the human rights situation in Iran, whilst urging Iran to cooperate.

In 2017, Asma Jahangir, the then-UN Special Rapporteur on the human rights situation in Iran, spoke about the massacre in her report, emphasising that Iran would take retaliatory measures against those seeking the truth, like throwing them in prison. She called for an effective investigation into the facts of the case, but no investigation has yet been conducted.

Amnesty wrote: “Iran is facing a crisis of impunity that goes beyond the lack of accountability for the enforced disappearances and extrajudicial executions of 1988. Since 2016, the authorities have increasingly glorified the perpetrators of the mass killings as ‘national heroes’ and likened any criticism of the atrocities to support for ‘terrorism’. Judicial, prosecution and government bodies, which should be responsible for ensuring justice for both past and ongoing crimes, include senior officials alleged to have been involved in the killings.”

Iran’s behaviour has not changed, with thousands of political prisoners arrested each year and gross suppression of individual freedoms the norm. They believe they can commit human rights violations without repercussions. An investigation would destroy that belief and get justice for the 30,000 prisoners.