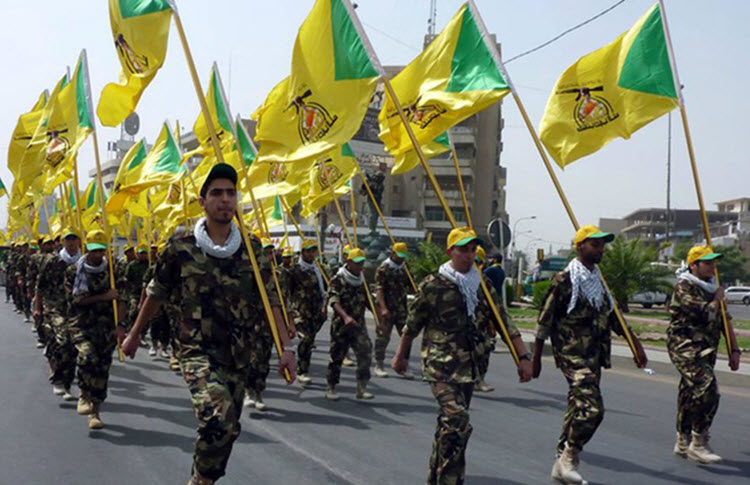 London, 2 Mar – The UK government designated the Lebanese Hezbollah group as a terrorist group in its entirety, removing any distinction between the so-called “military wing”, which was already banned, and the “political wing”.

This false division never sat comfortably with the reality that Hezbollah was a united entity, with two paths that led to the same place. In fact, Hassan Nasrallah, the leader of Hezbollah, long ago publicly debunked the idea that the group could be separated into two separate wings. This should not surprise anyone because he is the head of both of them.

Hezbollah formed in 1983, supposedly to resist the Israeli occupation of southern Lebanon, and was largely funded by Iran and Syria, with Iranian support increasing dramatically in the intervening years. Israel withdrew from Lebanon in 2000, but Hezbollah refused to disband, casting doubt on the reason for its establishment, and soon became the proxy through which Iran controls Lebanon.

After all, Hezbollah’s political wing is a big faction in the Lebanese parliament – so big that Lebanese governments need Hezbollah support to survive – and just last month Hezbollah had three ministers appointed to the cabinet.

Of course, the military wing is also essential to Iran, allowing Iran to start a proxy war with Israel in 2006 and threaten the Jewish state with tens of thousands of missiles on its northern border, while also helping Iran to keep the Syrian dictator Bashar al-Assad in power. This pushed back the Syrian rebels and helped Assad commit crimes against humanity.

Hezbollah has been Iran’s number one terrorist militia for decades now, committing domestic and international terrorism without much reprisal. In fact, here are just a few of the terrorist acts that Hezbollah has committed since 1983:

• The US Embassy bombing in Beirut

• The 2012 Burgas bus bombing in Bulgaria

Hezbollah has also interfered, on many occasions, with the domestic affairs of other countries. This is why the UK government should be lauded for its decision to label Hezbollah as a terrorist group for “continuing in its attempts to destabilise the fragile situation in the Middle East”, rather than criticised by some of its own MPs.