Monthly Report for May 2019 by Iran Human Rights Monitor 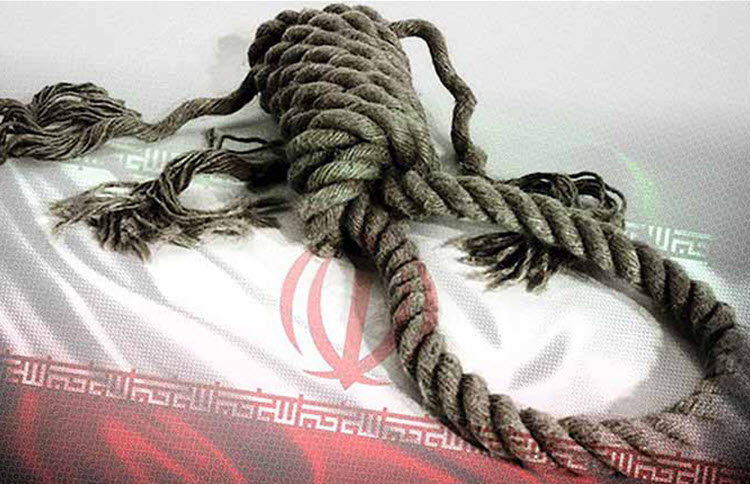 In a controversial move, Supreme Leader Ali Khamenei appointed General Hossein Salami as the new commander of the Revolutionary Guards. Just a few weeks previously, he appointed Ebrahim Raeesi, who stands accused of being involved in the massacre of 30,000 political prisoners in 1988, as chief justice.

These appointees make it apparent that Iranian officials are frightened by the public discontent and street protests over Iran’s economy. Inflation in Iran has hit nearly 50%, and its currency has almost collapsed. Labor strikes, and even civil servant strikes, are commonplace. As well, the Mullahs face a growing women’s rights movement.

The recent catastrophic nationwide floods left farmlands in 26 provinces ruined, and various diseases are threatening millions in the rural areas.

At Sepidar Prison in Ahwaz political prisoner Ameneh Zaheri Sari to hospital, has been suffering from acute swelling of various parts of her body. The physician of the prison’s dispensary has not been able to diagnose the illness and she must be dispatched to hospital as soon as possible for diagnosis and treatment. Her family have managed to receive a 300-million-toman bail bond from the 12th interrogation branch of the Court of Ahwaz to facilitate her transfer to hospital, but the legal and security officials in Sepidar Prison have been preventing the transfer. Her family says, “Her health condition is deteriorating every day and she needs to receive emergency care and medical treatment in hospital.”

As well, according to Amnesty International, a proposed amendment to Iran’s Criminal Code could deny individual’s access to a lawyer while they are under investigation and facing serious charges. Iran’s parliament is expected to vote on the proposed amendment in the coming weeks. If approved, the rights watchdog said on May 16th, that it would be a “crushing blow to Iran’s already deeply defective justice system.” It’s reported that “The amendment would allow the prosecution to instantly deny individual’s access to a lawyer if they are arrested on ‘national security’ charges and other serious criminal accusations. Initially access would be denied for 20 days, which could then be prolonged to cover the entire investigation.”

Philip Luther, research and advocacy director for the Middle East and North Africa at Amnesty International said, “This is a regressive piece of draft legislation which would effectively remove the right to a lawyer in a wide range of criminal investigations and contravene Iran’s obligations under international law.” He added that the move could “further consolidate patterns of torture and other ill-treatment against detainees to extract forced confessions during interrogations,” and said the denial of access to lawyer is a “serious violation of the right to a fair trial.” The watchdog group said Iranian authorities have for decades failed to ensure that the right to access a lawyer is respected.

Recently, a Presbyterian church in the city of Tabriz in north-western Iran was forced to close. Intelligence agents are said to have “stormed” the church. Intelligence agents told the churchwarden to leave the 100-year old building and changed the locks. The cross was taken down and worshipers have been told they no longer have the right to attend services there.

In Iran’s southeastern Sistan and Baluchistan Province state security forces shot and killed a young Baluch man. The police confirmed Mousa Shahbakhsh’s death, after which, local people gathered in front of the governor’s office, and according to reports some 30 people have been arrested.

Ahmadinejad in new tirade against Israel