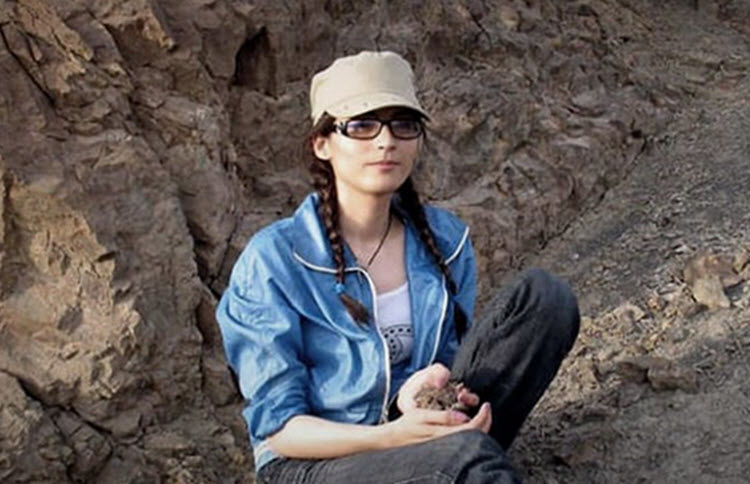 Iranian authorities are refusing to allow a prisoner of conscience to be transferred to the hospital despite her deteriorating health conditions.

Journalist Sanaz Allahyari, a member of the editorial board of a magazine called GAM, was arrested five months ago for reporting on the workers’ protests in Khuzestan province.

Allahyari became ill during her detention at Evin Prison and suffers from gastrointestinal problems and bad stomach aches, but she has also become extremely weak and her limbs shake almost constantly. She has lost 10 kilograms in a short amount of time. Her condition has yet to be diagnosed.

Her family have appealed to prison officials on multiple occasions, citing that Allahyari needs to be in the hospital to receive the medical treatment she badly needs, but still, officials are preventing her from going.

Her family even wrote a letter to and visited the Iranian parliament (Majlis) to appeal on behalf of their daughter, but the mullahs’ security forces prevented them from entering the building and refused to take the letter and hand it to the relevant parliamentarian.

Allahyari was allowed to go to the prison’s dispensary last month, but the medications prescribed for her there have only worsened the shaking and weakness of her body and limbs.

In a related case, the Iranian authorities rearrested a women’s rights activist and former political prisoner on Saturday, June 1.

Saba Kord Afshari was sentenced to one month in prison after spending just one day in detention in the First Inspection Branch of the Public Court in Tehran’s District 21; something which calls into question the fairness of the trial and her ability to defend herself.

Afshari, 19, was told that she was being charged with:

• collusion and association against the state

Afshari was held in solitary confinement for ten days in Vozara Detention Centre, before being transferred to the Quarantine Ward of Qarchak Prison on Tuesday, June 11. She was previously arrested in the August 2018 protests, which were part of a larger nationwide protest movement, and sentenced to one year in prison.

Rasoul Sanaii Rad, a political deputy in Supreme Leader Ali Khamenei’s politico-ideological bureau, admitted that about 28% of those arrested in the August uprisings were women.

AP: Germany, the European Union and a major human...