US: Iran Is Violating Nuclear Deal 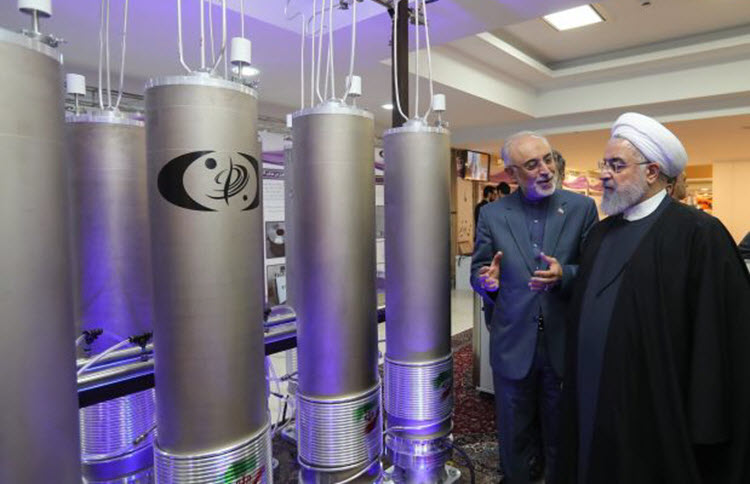 The United States said Tuesday that Iran is violating the 2015 nuclear deal through its work with advanced centrifuges and insisted that it is still prepared to hold talks with Iranian leaders.

In a statement to the meeting of the United Nations nuclear watchdog’s 35-nation Board of Governors, the US said that Iran’s accelerated enrichment of uranium would not lead the US to dial back its “maximum pressure” approach towards Iran.

US Ambassador Jackie Wolcott said in her statement to the board: “Attempting to generate negotiating leverage 1 kg of uranium at a time will not bring sanctions relief.”

The 2015 deal, agreed by Iran, the US, the UK, Germany, France, Russia, and China, allows the Gulf state to operate thousands of first-generation IR-1 centrifuges – the machines that enrich uranium – but puts massive restrictions on the country using more advanced models. These restrictions were agreed to in exchange for sanctions relief.

The US pulled out of the deal last May citing Iranian noncompliance.

Last month, the International Atomic Energy Agency, which is policing the deal, wrote in its quarterly report that Iran had installed up to 33 IR-6 centrifuges, but only 10 had been tested with uranium hexafluoride feedstock at present.

The agreement allows Iran to “test” up to 30 of those centrifuges, but only after 2024. This is a confusing matter for Western diplomats as it is unclear how many Iran can legally test at the moment, although they have so far drawn the red line at Iran feeding uranium feedstock into all of them. Of course, by that point, it would already be too late.

The IAEA strangely declined to say whether Iran is complying with the deal, formally known as the Joint Comprehensive Plan of Action (JCPOA), and passed the decision to the signatories of the deal.

However, Wolcott took a stricter view and said that Iran’s “clear violation of the deal… should be of great concern to all of us” and called on the parties still signed up to the deal to take action.

She said: “The United States calls on Iran to return to compliance without delay. We understand the JCPOA Joint Commission is treating this issue with the seriousness it deserves, and we urge the JCPOA participants to address this issue as soon as possible.”

Wolcott repeated that the US is still willing to engage in talks with Iran that are aimed at reaching a “comprehensive deal” and ending Iran’s “destabilizing behaviours”.

Standoff with Iran focus of Putin visit to Israel

AP: The West's standoff with Iran over its nuclear...