Iran Ranked First in Executions per Capita in World 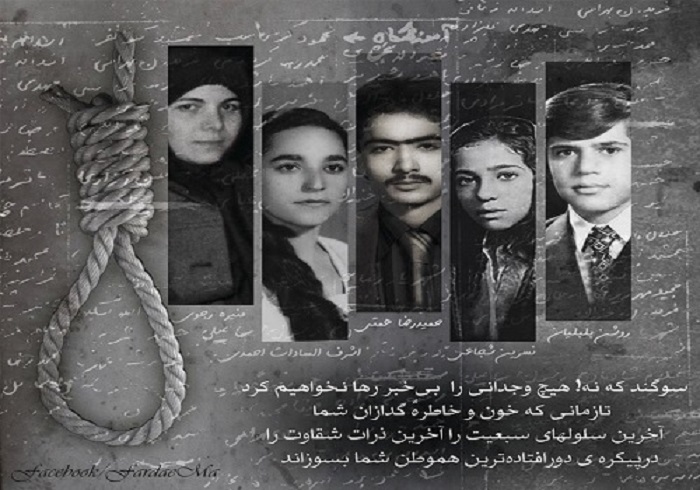 10 October is International world day against execution, but nonetheless, under Iran’s government, Iranians are witnessing oppression and executions on a daily basis.

Historically, execution has been used by dictatorships as a tool for intimidation and subjugation of the people. Iran for 40 years is a country which is held several records in terms of numbers of executions.

Because of government censorship and the prohibition of the activities of independent human rights groups in Iran, it is not possible to report a precise and complete fashion about the human rights situation, especially executions in Iran, but according to international institutions, Iran has the highest rate of executions per capita globally. According to the annual report by Amnesty International, Iran still ranks second in the world in executions.

Characteristics of the Judiciary in Iran

On 9 April 2019, Amnesty International released its annual report on the use of the death penalty in the year 2018, stating that at least 253 Iranian citizens were executed during the one-year period (1 January to 20 December 2018). This country still executes more than one-third of all executions registered worldwide, and 195 others have been sentenced to death. “Executions were carried out after unfair trials, with at least 13 taking place in public,” Amnesty said.

More than 72 percent of executions in Iran are not reported by the government or judicial body, which they call “secret” executions (Amnesty International, 9 April 2019).

The most shocking executions in Iran

One of the most shocking executions in Iran was the execution of Zeinab Sekaanvand, who was only 17 years old at the time of her arrest, an Amnesty International press release said on 11 October 2016. She was sentenced to death in an unjust trial for the murder of a spouse who had allegedly abused her. She reported that she had been tortured during her detention to “confess”.

In response to the execution of Zeinab Sekaanvand, when she was 24 years old prisoner from Urmia for murdering her husband, Amnesty International’s Research and Advocacy Director for the Middle East and North Africa Philip Luther said: “The execution of Zeinab Sekaanvand is a sickening demonstration of the Iranian authorities’ disregard for the principles of juvenile justice and international human rights law. Zeinab was just 17 years old at the time of her arrest. Her execution is profoundly unjust and shows the Iranian authorities’ contempt for the right of children to life.” (Amnesty International, 2 October 2018)

According to the latest report by Javaid Rehman, United Nations Special Rapporteur on the Situation of Human Rights in Iran, to the UN General Assembly, Iran has witnessed increased restrictions on the right to freedom of expression and continued violations of fundamental rights to life, liberty and the right to a fair trial with 253 execution of adults and children (UN website, 16 August 2019).

The Special Rapporteur also reports on the executions of children and adolescents: “In 2018, there were seven reported cases of executions of child offenders. There are currently an estimated 90 individuals on death row who were all under the age of 18 at the time of their alleged offenses. Among the most recent cases, on 25 April 2019, two 17-year-old children, Mehdi Sohrabifar and Amin Sedaghat, were executed … in Adilabad prison in Shiraz, Fars Province. The two were reportedly forced to confess under torture.”

“The position of special procedures mandate holders and the United Nations High Commissioner for Human Rights on child offender executions has been unequivocal. They have stated that this practice is absolutely prohibited and must end immediately,” Rehman added (UN report ‘A/74/188’, dated 18 July 2019).

Amnesty International’s North Africa and Middle East research director Philip Luther said about the juvenile executions: “We continue to urge the Iranian authorities to immediately establish an official moratorium on executions, commute all death sentences with a view to abolishing the death penalty, and prohibit the use of the death penalty against people below the age of 18 at the time of the crime.” (Amnesty International website, 2 October 2018).

However, a precise record of executions has never been officially announced by the mullahs. But lawyers and human rights sources have reported more than 3600 executions in Rouhani’s tenure. According to government press reports, at least 110 people were executed in Iran in the first six months of the year.

Women, victims of execution
Women are considered in the clerical rule as second class citizens. Leila Zarafshan was the 95th victim of execution in Iran. On 26 September 2019, Leila Zarafshan was hanged in the central prison of Sanandaj. On 21 September, a 38-year-old woman was executed in Mashhad Central Prison. In June and July, four women prisoners were executed within a week. The actual number of executed people is much higher since the majority of executions in Iran are not public.

The highest officials in charge of Iran’s 1988 massacre and members of the ‘Death Committees’ have always been among senior officials running the Iranian government, according to a new report by the NGO Iran Human Rights Monitor. They include the Chief Justice and head of the Judiciary, the Head of the Supreme Court and the Justice Minister, all of whom have “remained immune” from accountability. They benefit from a continuing atmosphere of secrecy and impunity in the country, Iran HRM said.

Ebrahim Raisi, In March 2019, Ali Khamenei, appointed Raisi as Iran’s Chief Justice, sparking concern from rights activists over his involvement in the execution of thousands of people in the 1980s.

In the summer of 1988, over 30,000 political prisoners were summarily executed throughout Iran, based on a Fatwa (religious decree) issued by Khomeini. The Fatwa reads, “it is decreed that those who are in prisons throughout the country and remain steadfast in their support for the [Peope’s Mojahedin, Mujahedin-e Khalq, MEK or PMOI] are waging war on God and are condemned to execution.” Adding, “Those who are making the decisions must not hesitate, nor show any doubt or be concerned with details. They must try to be “most ferocious against infidels.

It is time for the United Nations to launch an independent investigation into the 1988 massacre, Iran HRM said, while describing the killings as a crime against humanity.