Criticism From Inside Iran’s Government Over Broadcasting of Forced Confessions 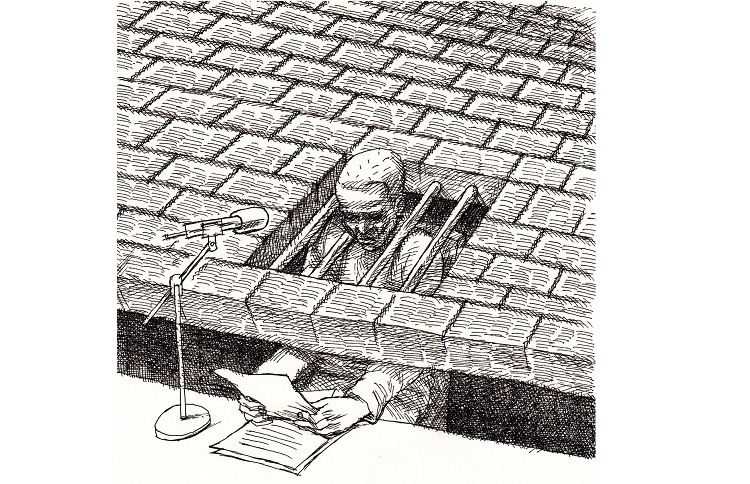 The Iranian authorities’ decision to broadcast the confessions of protesters has faced criticism, even from the state-run media and its own officials.

Iranian parliament member Mahmoud Sadeghi wrote while worrying about people’s outrage against the entirety of the ruling system that: “Instead of broadcasting the [forced] confessions of individuals, it is necessary to inform the public of undeniable documents… [officials] must take note of this important consideration that, in the days that the feelings of citizens and the society is hurt, they should not further pain the people by associating protesters with foreign states and influence.”

His remarks come following public outrage at the broadcasting of forced confessions from those arrested during the November uprising. The Iranian Resistance is reporting that over 12,000 have been arrested, 1,000 killed and 4,000 injured.

In response to Sadeghi, the People’s Mojahedin Organization of Iran (PMOI/MEK), tweeted: “By confessing that at least some of the people killed during the protests were innocent civilians, the highest authority of the Iranian regime has effectively admitted his security forces have blindly opened fire on crowds and killed many people.”

“Actions such as broadcasting forced confessions will only deepen the public resent, like embers that will flare up again when you stir the ashes.”#Iran#IranProtestshttps://t.co/84b2lhdsqG

Several government officials have claimed that the mullahs now have control over the situation and have arrested the mullahs, but this is an old tactic designed to create an environment of fear among the Iranian people. These tactics have lost all meaning because the Iranian people are continuing their uprising.

Sadeghi said: “Actions such as broadcasting forced confessions will only deepen the public resent, like embers that will flare up again when you stir the ashes.”

He even said this practice was futile because people often retract forced confessions afterward and explain that they were tortured to confess.

On a related matter, supreme leader Ali Khamenei said that the decision to triple the price of fuel, the move that sparked the protests, was made jointly by the heads of the executive, legislative, and judiciary branches and was given his consent.

However, many government officials denied knowledge, sought to distance themselves, or even said they were against the move after protests began. Even President Hassan Rouhani claimed to have “learned about the price hike on the day it became effective”.

Sunday Telegraph: Iran is developing an advanced centrifuge that...