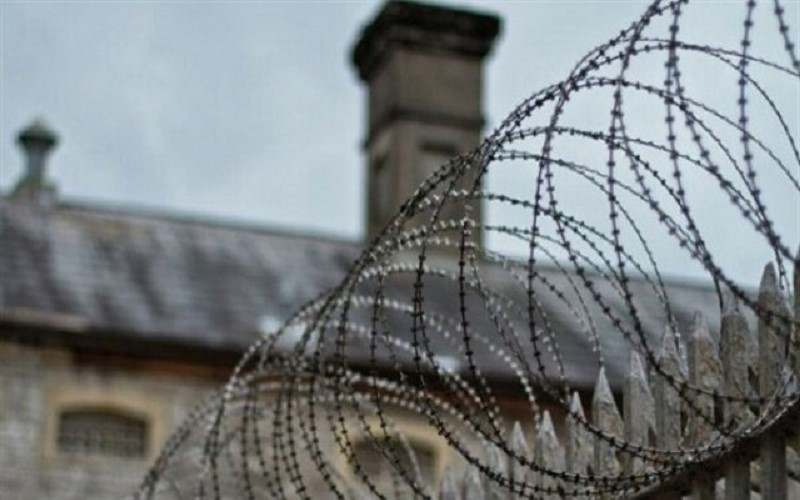 In the past ten days, inmates launched riot in Iran’s different prisons to flee themselves amid the coronavirus outbreak in these dense and forgotten places. Local reports said that more than a hundred captives managed to escape across the country, as well as many of them, were killed or injured by prison guards.

Regarding the government’s indifference and incompetence to deter the coronavirus spread inside jails, officials indeed left prisoners before two options. They could choose to dye in silence by coronavirus or launch riots and flee from prison to save their lives. Notably, political dissidents, prisoners of conscience, young protesters who were arrested in the November protests, and human rights activists constitute a large number of Iranian prisoners.

On the eve of Nowruz, March 19, the chain of riots began by prisoners in Khorramabad Parsilon Prison, Lorestan province. They managed to seize an opportunity and use it from the prison guards’ negligence. Twenty-three prisoners eventually escaped, and two prisoners were shot. One of them lost his life, and another was injured and caught by the guards once again.

A day later, Aligudarz Prison in the same province had a riot. Prisoners managed to unarm a couple of guards and clash with others.

On March 27, reports about riots in the Central Prison of Tabriz, northwestern Iran, circulated on social media. On the same day, prisoners in Saqqez Prison launched a riot, and more than 70 of them managed to escape. “On the sunset of Friday, around 70 prisoners have escaped from a prison in Saqqez city,” Attorney-General of Kurdistan province Mohammad Jabbari told reporters a day later. “We took necessary actions to capture fugitives,” Jabbari added.

Additionally, on the same day, given the coronavirus outbreak in the Greater Tehran Central Penitentiary and the infection and death of several prisoners, jailed people launched a riot in Ward 1. Immediately, the prison guards and riot forces attacked the ward and damaged prisoners’ items under the excuse of inspection. Authorities cut off prisoners’ communication with their families and put them under excessive pressures.

Concerns About Prisoners’ Presence in Cities

Notably, authorities ridiculously claimed that “Fugitives have gotten coronavirus.” They are factually trying to isolate aiding freed prisoners and preventing ordinary people from assisting them. However, citizens gave no care to officials’ claims, and contrary to the government’s expectations, the people helped prisoners and transferred them to safe places.

Also, Mohammad Jabbari endeavored to return freed prisoners behind bars with hollow promises about loosening their sentences. “The fugitives will benefit leniency and legal rebates, and their escape won’t affect their amnesty if they voluntarily return to the prison. However, they will arrest and resentence for their escape in addition to their previous crimes, if they don’t return. Also, they won’t include under the amnesty resolution,” he claimed.

Iranian authorities are concerned about political, conscience prisoners alone because none has committed more vicious crimes in comparison with security forces, particularly the Revolutionary Guards’ (IRGC) forces and agents of the Ministry of Intelligence and Security (MOIS).

For instance, during countrywide protests in November, security forces killed more than 1,500 protesters in public; however, no official or commander was held accountable. Instead, the supreme leader Ali Khamenei praised the role of forces loyal to him and described protesters as rioters to justify any crime against them.

Additionally, in January, the secretariat of the Armed Forces admitted its role in shooting down a Ukrainian airliner with 176 people on board. Commander of the IRGC’s Aerospace Force Amir Ali Hajizadeh, after three days of secrecy, revealed that the IRGC anti-aircraft had targeted the civil jetliner and killed all passengers. However, no one accepted responsibility; no one stood trial, no one resigned. Ironically, the highest officials like President Hassan Rouhani and his Foreign Minister Mohammad Javad Zarif commended the “unprecedented” transparency of military forces. Of course, after three days of concealment and hollow claims as well as providing certain documents by Iranians and foreign states, the government’s role in the crime was exposed.

On the other hand, the IRGC and highest officials involved in transferring coronavirus from China to Iran and covering up the news in this regard. They also accused, arrested, and sentenced several people who revealed the truth and warned the people about the novel coronavirus. However, the profiteering ayatollahs continued their relationship with their “strategically” at the expense of the people’s lives and health, including their proponents. In this case, no one has been prosecuted regarding the criminal secrecy as well as hoarding of necessary medical items such as face masks, gowns, gloves, and disinfecting fluid.

Failure of Inhuman Measures of the Judiciary System

Raisi ordered the Attorney-General to immediately arrest fugitives and send them back to jail in addition to implementing more robust supervision in all prisons of the country. He especially pointed to Saqqez Prison, where many prisoners of conscience are kept. Furthermore, the head of the Judiciary told Montazeri to detect culprits and harshly deal with them.

Despite all warnings and oppressive measures, prisoners in Hamedan launched a riot and set a fire inside the prison to flee concurrently with special security session. Several prisoners succeeded in escaping, at least two were killed, and another was injured, according to local reports.

“This event took place on yesterday’s afternoon and lengthened until evening,” the state-run Entekhab website quoted Khanjani, the Attorney-General of Hamedan province, as saying on March 29.

Also, on March 28, prisoners in another city Mahabad, western Iran, launched a riot and managed to flee. They unarmed several guards and set the fire inside the prison. Videos show rising smoke from the prison, and the sound of fire exchange is heard. Reports say the residents aided prisoners to escape. After evading several prisoners from the second floor, intelligence and riot forces surrounded the area and shot other prisoners. Guards killed two and injured three others. They also fired tear gas inside the wards, which made severe respiratory problems for several prisoners and put a number on the brink of suffocation.

The Message of Prisoners’ Escape

Contrary to the government’s claims about security affairs, the escape of prisoners shows the Islamic Republic’s weakness. Notably, authorities only managed to quell nationwide protests in November by resorting to a blind suppression by killing more than 1,500 protesters and detaining at least 12,000 others, according to dissidents’ reports.

In this respect, prisoners’ evasion in numerous prisons, which are a central pillar of the government’s oppressive apparatus, means the ayatollahs are severely crippled in controlling the situation. It led the public to bluntly express their wrath and resist the government’s inhuman measures.

Observers called this transition another stalemate for the ruling system along with many other ones in different sectors, such as economic, political, and social affairs. However, this stalemate is much more important than any previous failure that vitally threatens the survival of the religious fascism.

Reuters: As Syria's war nears the start of its...

AFP: Iran has asked the UN atomic agency to...